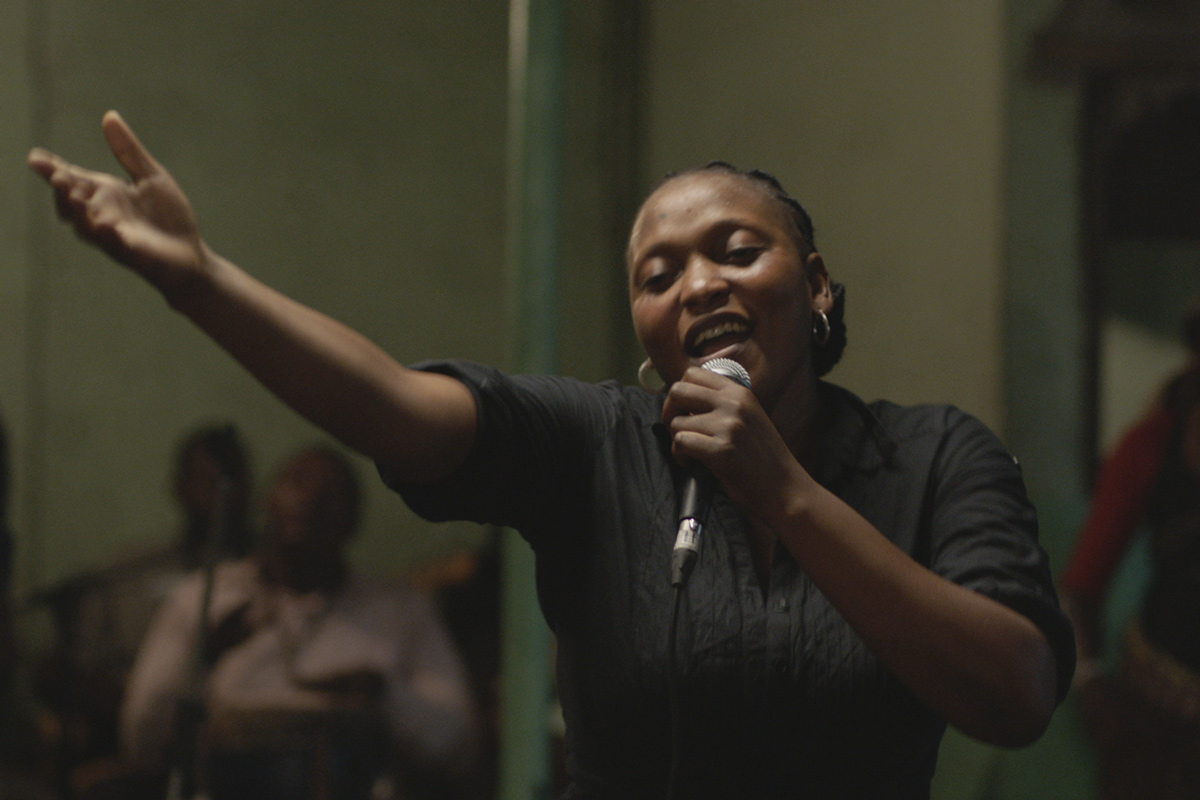 Powered by lively visuals and a soulful soundtrack, Félicité takes us on a breathtaking tour of the Congolese capital.

Félicité (Véro Tshanda Beya Mputu) is a strong and independent woman who works as a singer in a Kinshasa bar. She owns the stage and her beautiful, soulful voice allows her and all the locals to leave their worries at the door. But her life outside the stage isn’t as commanding: she has just enough money to get by, a point highlighted by the agonizing state of her refrigerator which is in constant need for attention. One day, her teenage son has a terrible accident which lands him in the hospital. Félicité needs to raise enough money for his operation. Desperate, she turns to whatever source she can to get that money.

Powered by Céline Bozon’s lively visuals and a mesmerizing soundtrack, featuring the Kinshasa Symphonic Orchestra, Alain Gomis’ FÉLICITÉ takes us on a breathtaking tour of the Congolese capital, ranging from impoverished streets to the wealthier districts. The film won the Grand Jury Prize at this year’s Berlin Film Festival.

RESEBA (THE DARK WIND) is inspired by true events relating to the attack on the Shingal region in Iraqi Kurdistan by the Islamic...

In this dark comedy, an Arab Israeli’s midlife crises provokes a scheme to sell bottles of Nazareth’s air to tourists.