When the new kid at school joins an emo band, he finds himself lusting after an evangelical classmate who wants to save his soul.

Kicked out of high school after a suicide attempt, Ethan (Benson Jack Anthony) needs a new start. When he's shuttled off to the run-down Seymour High, his sullen demeanor quickly gets him recruited into Worst Day Ever, the school's emo band. While the band's bass player Roz (Lucy Barrett) insists that as the guitar player he's obliged to date her, Ethan finds himself drawn to Trinity (Jordan Hare), the lead singer of a rival Christian folk band. As the school's yearly band competition draws near, Ethan must write the perfect song to lead Worst Day Ever to victory, all while dodging Roz's affections and Trinity's attempts to save his soul.

An unconventional musical with a biting tone, EMO THE MUSICAL is a HIGH SCHOOL MUSICAL for the kids who hung out under the bleachers.

This film is recommended for youth age 14+. It played in the Generation 14+ youth program at the Berlin International Film Festival.

Here's what our 15-year old youth previewer Fiona thinks of the film.

Oh my gosh that was awesome. I loved that so much. It was super relatable and pretty youth friendly. In some parts I laughed out loud. Yes, I actually LOL'd. The songs were so good. They were just cheesy enough. They helped the story flow, they weren't unnecessary. The singing was actually good. The plot was really good. The characters were all pretty well developed. There was even some pretty nice cinematography and the costume design/set design was all pretty great. 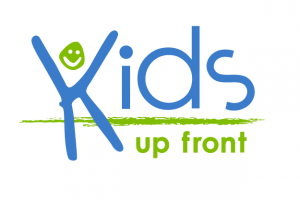 RESEBA (THE DARK WIND) is inspired by true events relating to the attack on the Shingal region in Iraqi Kurdistan by the Islamic...

Two men must relive the most terrible day of their lives in this expertly written thriller from Korean director Cho Sun-ho.