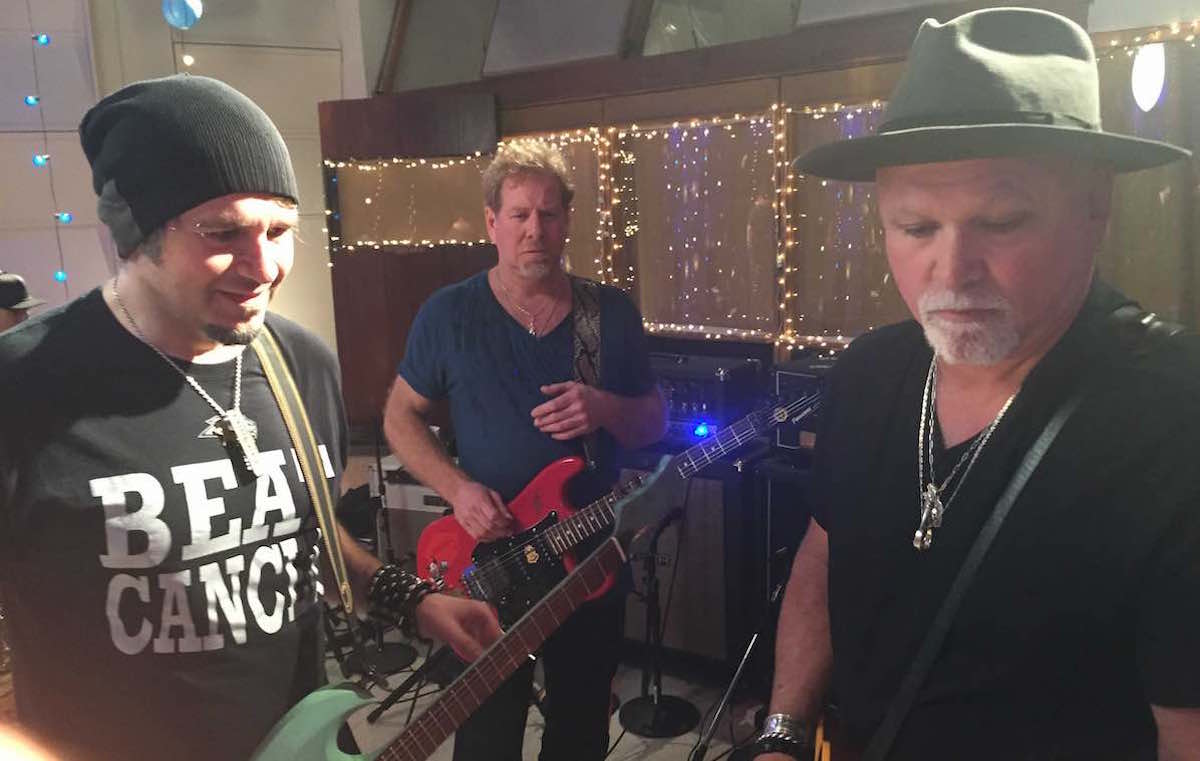 Director Fran Strine and cast member Liberty Devitto in attendance at the screening on September 30!

You may know the frontmen of KISS, Ozzy Osbourne and Metallica, but playing in their shadows are the prolific musicians who are virtually unknown to the public. These “hired guns” have mastered their craft and performed on the world’s biggest stages and high-intensity recording sessions, yet receive little credit for their work. This funny, rousing, and highly entertaining rock doc introduces the little-known background musicians that have played with the likes of Billy Joel, Alice Cooper and P!NK.

With firsthand stories from individuals who have toured with some of rock’s most influential bands, these hired guns may not be household names, but they are undeniably masters of the art. In the vein of the 2014 Academy Award©-winning doc, 20 FEET FROM STARDOM, HIRED GUN details the highs and lows of touring life, the demands of session schedules, and the dedication required to play backseat to some of rock’s most iconic musicians.

Tags
Guest in Attendance Music
Noteworthy in Music On Screen