BUGS ON THE MENU (this year's Green Carpet Gala selection) filmmakers Ian Toews & Mark Bradley and ICE GUARDIANS Director Adam Scorgie will share what it takes to make a documentary film. The filmakers will talk logistics, details about shooting, and the role of community engagement in documentary filmmaking. We’ll get a chance to find out how many bugs were eaten during production, and what they think of the future role of enforcers in the NHL.

This year we are excited to bring you further into what happens behind the scenes in order to bring our favourite pictures to the screen. There are many technical and craft skills needed, along with the vision to put a film together, and we want to explore that with you. We have a wide variety of events, so drop in and celebrate filmmaking with our visiting filmmakers, or find out how talented local Alberta filmmakers are. We encourage you to share your experiences with us on social media using the hashtag #calgaryfilm.

We love Q&A’s so much at the festival that we’ve expanded the conversation so we can casually go further in-depth with filmmakers about their films. Join us for a coffee or beverage as a local filmmaker and visiting filmmaker have a conversation about their projects. The In Conversation With Series will take place at Cafe Blanca, with a FREE beverage for the first 10 people to arrive!

ABOUT IAN TOEWS (Director/Producer BUGS ON THE MENU)
Ian Toews csc, has been making films and videos since 1996. His works are primarily concerned with the natural environment and often, its degradation. He is the producer, director, and DOP of 7 short films, more than 60 television episodes, and five full-length documentaries. He is a five-time nominee of Canada's top honour (the Gemini Award), winning in 2008 for the arts and nature series LANDSCAPE AS MUSE.

ABOUT MARK BRADLEY (Producer BUGS ON THE MENU)
Mark Bradley has worked in the film and television industry since 1998. At 291 Film Company, he produces documentaries and series. Projects include the Gemini Award-winning LANDSCAPE AS MUSE (Bravo!, SCN, Knowledge), Canadian Screen Award-nominated UNTAMED GOURMET (APTN, SCN) and GRASSLANDS (Oasis HD, City). Mark also created and produced the first season of GREAT MINDS OF DESIGN (documentary Channel), which broadcasts in more than 25 countries.

ABOUT ADAM SCORGIE (Producer ICE GUARDIANS)
Adam has produced numerous award-winning feature documentaries. Adam's career in the film business began in New York City, where he spent four years working and studying in the film industry. Upon returning to Canada, Adam set out to produce his first feature documentary, THE UNION: THE BUSINESS BEHIND GETTING HIGH, which exceeded all expectations, being selected to 33 international film festivals and garnering critical acclaim around the world. With both ICE GUARDIANS and CHASING EVEL set to release within the next year, Adam’s career seems to be on the rise. 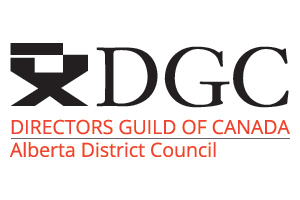 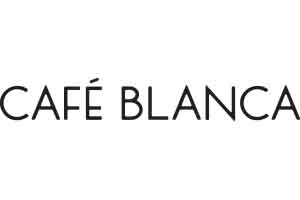 Tags
Documentary Guest in Attendance
Noteworthy in Behind the Screen

Field Trip: Fx In The City

Tickets at the door are cash only.