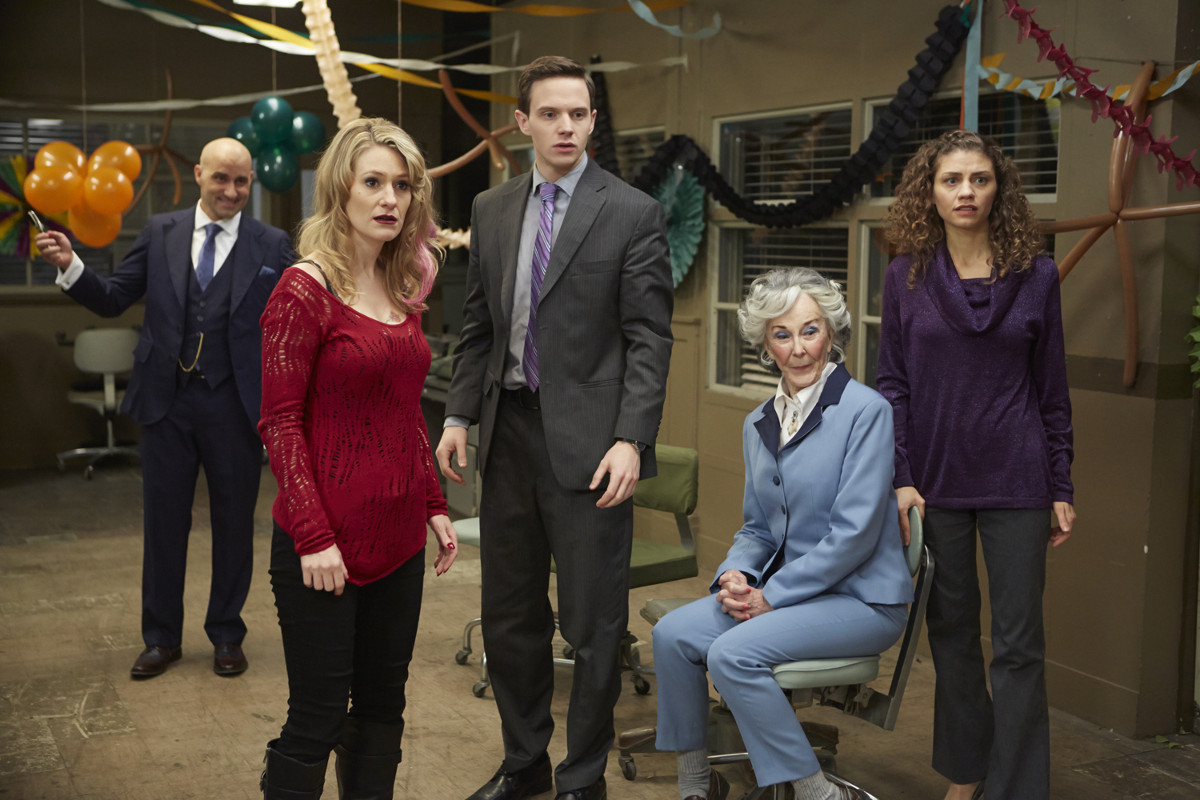 Director Jennifer Liao and cast member Mark O'Brien be in attendance at the Sept. 30 screening!

END OF DAYS, INC. puts a supernatural spin on a dark comedy with a chilling effect. After slaving away at Godfrey Global Inventory for years, four employees are laid off as the plant closes its doors and are invited/bribed/forced into spending their last night in the depressing building at a strange farewell party. They quickly learn it’s not a party at all. Instead they have to work one last night counting inventory in order to receive a substantial final paycheque from their mysterious boss, Mr. Godfrey (Paulino Nunes from THE STRAIN), and his meddlesome sister. That’s when the bizarre and downright catastrophic occurrences begin happening. Written by Christina Ray (GINGER SNAPS BACK: THE BEGINNING) and also starring Mark O'Brien (REPUBLIC OF DOYLE), Carolyne Maraghi (PICTURE DAY), Paul Sun-Hyung Lee (KIN’S CONVINIENCE), Janet Porter (THE LISTENER) and Anna Ferguson (HEARTLAND), END OF DAYS INC. is a chilling ensemble comedy with a twist. DISCOVERY AWARD NOMINEE.

This film is preceded by the short REMOTE VIEWING

On the eve of his 30th birthday, William Fischer is forced to re-evaluate himself and his life following a near death experience.

After working as a teacher in a small northern town, Kate Carter (Jewel Staite FIREFLY, SERENITY) is looking forward to flying back to...

Director Andrew Cividino will be in attendance at the Friday screening!

During one monumental summer, childhood innocence is challenged, illusions are shattered, and honesty...