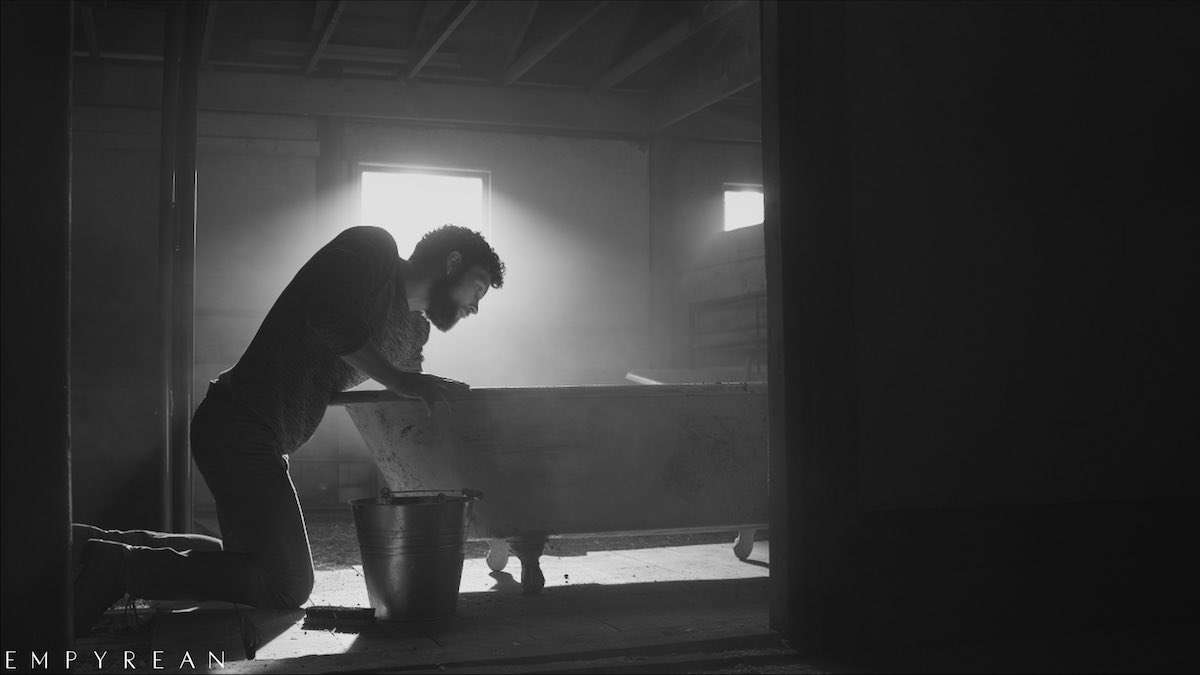 On the eve of his 30th birthday, William Fischer is forced to re-evaluate himself and his life following a near death experience.

His attempts at returning to life as he knew it are obstructed by a psychic awakening beyond comprehension.

Reality crumbles as he delves further into the depths of his consciousness, nearing a truth that suggests meaning. His growing disconnect from those around him is accentuated by the deterioration of his marriage and the impulse to return to nature.

A sensory experience that is both immersive and deeply felt, EMPYREAN is a haunting meditation on the intersection of time, space, and memory. In the vein of introspective genre fare such as UPSTREAM COLOR, SOLARIS and DON'T LOOK NOW, EMPYREAN is a poignant account of disparate individuals seeking out meaning and redemption, as well as a reverent bow to the unknowable.

EMPYREAN is the brainchild of local filmmaker Thomas Robert Lee, who has painstakingly worked on the film for the last four years.

The Calgarian writer/director is a 2010 graduate of SAIT Polytechnic’s Film and Video Production program and has been working on the project ever since.

This film will be preceded by the short EDICT

After working as a teacher in a small northern town, Kate Carter (Jewel Staite FIREFLY, SERENITY) is looking forward to flying back to...

Director Jennifer Liao and cast member Mark O'Brien be in attendance at the Sept. 30 screening!