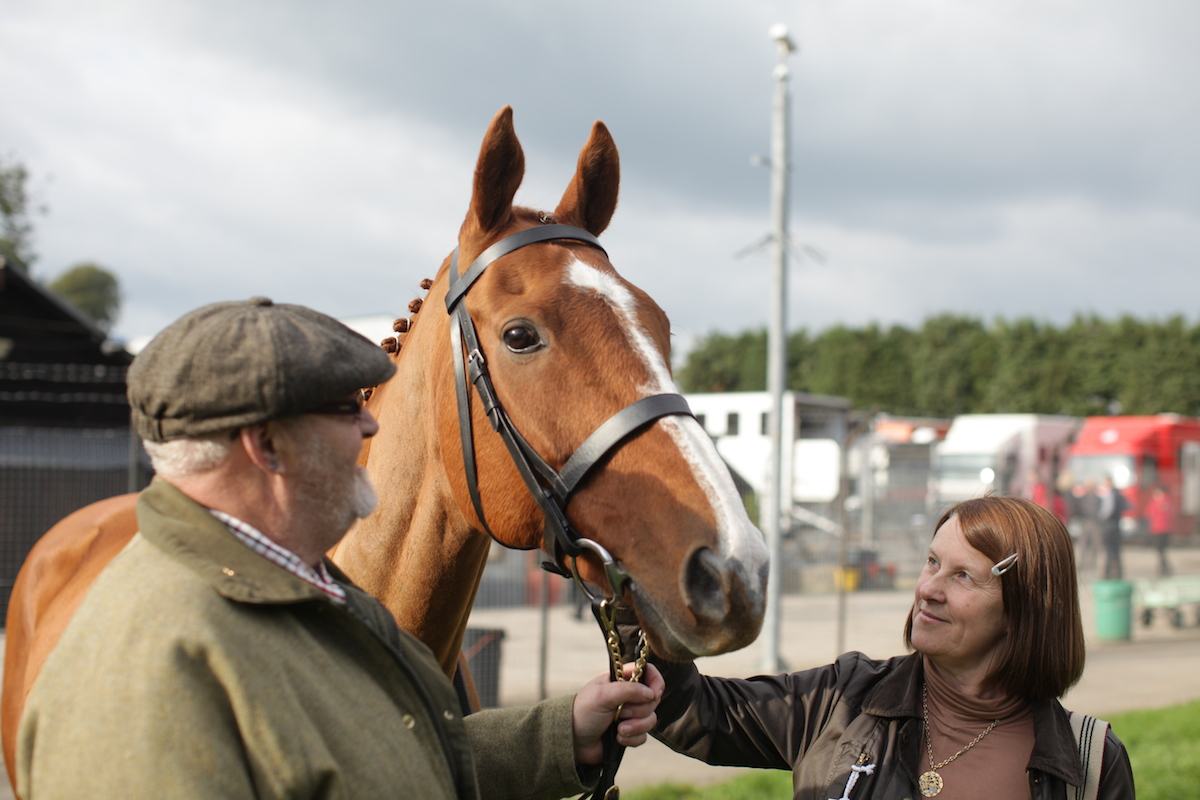 From Writer/Director Louise Osmond (DEEP WATER), DARK HORSE is an emotional look into the life of the working class Welsh and their decision to breed a track-ready racehorse to compete against the progeny of hundreds of years of English aristocratic horse breeding.

The fox hunt, polo, and horse racing are considered the traditional sports of the English aristocracy. The janitor from ASDA Stores and his supporting crew create a real life fairytale about a racehorse bred by a group of people who can barely afford their own living expenses.

DARK HORSE follows the trials and tribulations of this aptly named horse, Dream Alliance, as it attempts to build a career in a world where the owners of its competition believes it does not belong.

The ups and downs of this seemingly insane idea is a riveting story based in a culture where crossing class boundaries is still considered one of the last taboos. DARK HORSE won the 2015 Sundance Audience Award and was also nominated for the Sundance Grand Jury Prize for World Cinema Documentary.

In his 20s, John Hanmer was a well-respected police officer and family man in Hamilton, Ontario.

Framed around the 2013 Iditarod race, THE GREAT ALONE offers a glimpse into the life of Lance Mackey, one of dog-sledding's most celebrated...

In an area with extreme travel restrictions, limited freedoms, and constant military strife, Palestine seems an unlikely place to develop an all-female race...