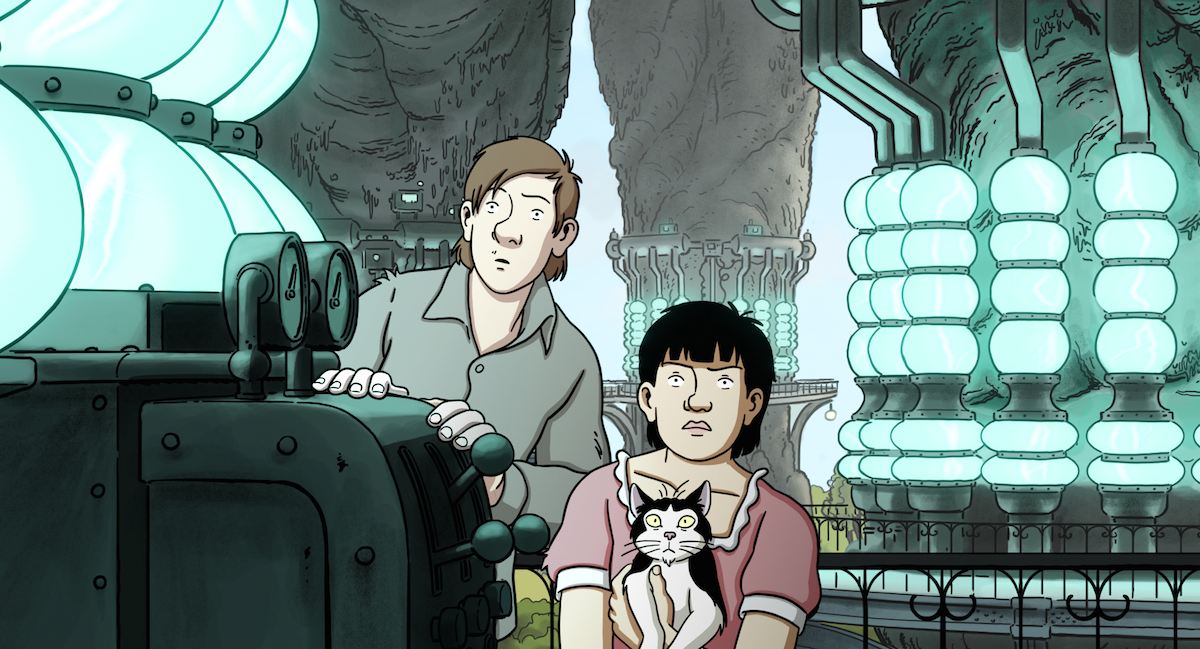 April And The Extraordinary World

It’s 1941 in an alternative history of Europe where Napoleon V rules France and any technology since the steam engine has been suppressed. Pollution has ravaged the world to the point where vegetation is almost non-existent. A brilliant teenage girl named April (Marion Cotillard, RUST AND BONE, LA VIE EN ROSE) lives on the streets of Paris as an orphan, hiding the scientific research she continues on behalf of her missing parents. She goes on a quest with her talking cat Darwin (Philippe Katerine, GAINSBOURG: A HEROIC LIFE), her grandfather (Jean Rochefort, LE COMPTE DE MONTE CRISTO), and young police informant Julius (Marc-Andre Grondin, C.R.A.Z.Y.) to search for her parents 10 years after they narrowly escaped capture by the authorities. Scientists and inventors of all sorts have been going missing, spurring conspiracy theories and adventure. An animated film inspired by the work of French comic book artist Jacques Tardi.

This film will be preceded by the short TRANSFORMATION

Fig Fruit and the Wasps

Gowri (Bhavani Prakash), a documentary filmmaker, travels with her cameraman Vittal (Ranjit Bhaskaran) to a remote village in search of a musical teacher...

A young Israeli girl finds her own means of escapism while struggling to cope with the inappropriate relationship she shares with her mother’s...

A shining example of the Romanian New Wave Cinema about one man’s moral dilemma after being the sole witness to a murder.