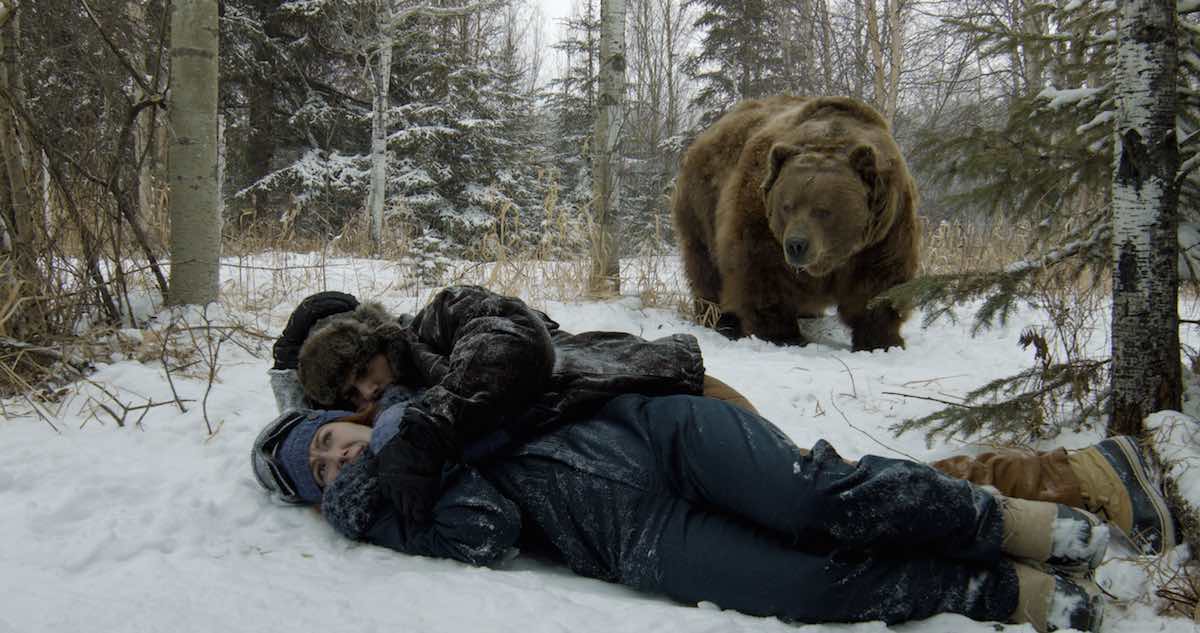 After working as a teacher in a small northern town, Kate Carter (Jewel Staite FIREFLY, SERENITY) is looking forward to flying back to the city of Snowy Pines to get married, all according to her perfectly laid-out plans.

On the day of her flight though, a blizzard blows in and closes the airport and all of the roads out of town. She discovers a rugged outdoorsman named Redford (Shawn Roberts, LAND OF THE DEAD) that is heading back to the city as well, so she convinces him to bring her along on his snowmobile.

Over the next few days, with dwindling supplies and dangerous encounters in the wilderness, they find themselves relying on each other more and more.

As the end of their trek approaches, Kate cannot help but see the difference between her future husband– so safe and non-spontaneous – and the handsome adventurer, causing her to wonder if her plans were so perfect after all.

This romantic comedy was shot across Alberta by Edmonton filmmaker Dylan Pearce (I THINK I DO I THINK I DO, BABY BLUES).

Director Andrew Cividino will be in attendance at the Friday screening!

During one monumental summer, childhood innocence is challenged, illusions are shattered, and honesty...