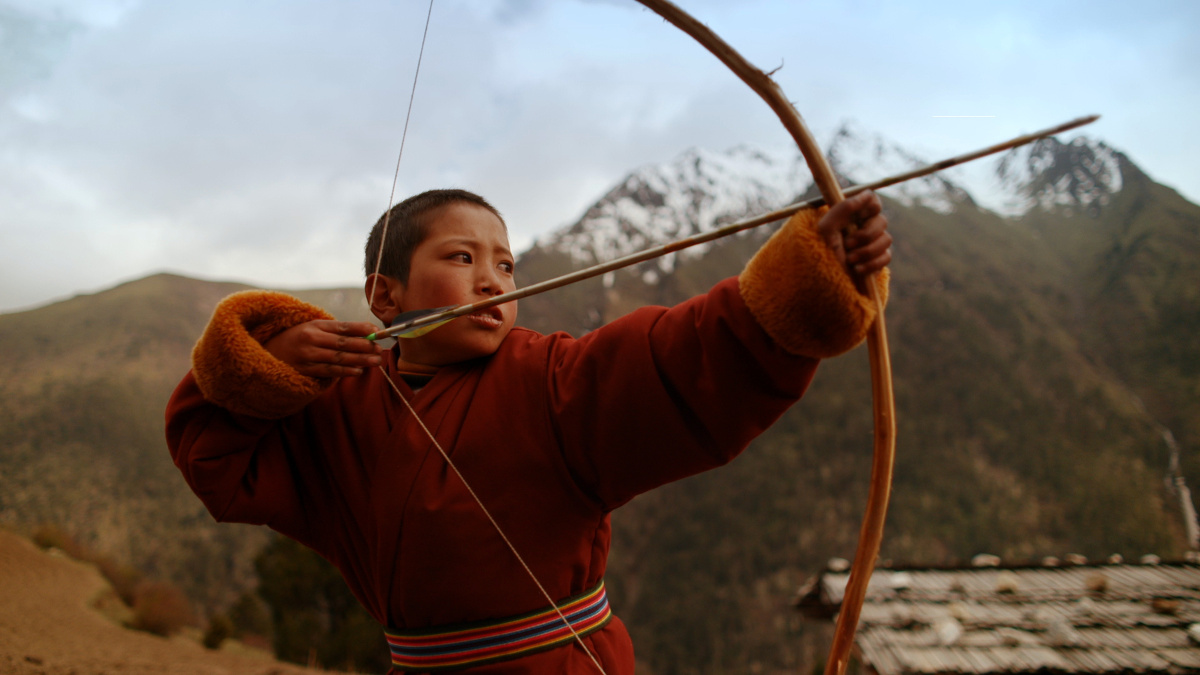 In 1999, King Jigme Wangchuck approved the use of TV and the Internet in Bhutan, assuring the masses that this would lead to “gross national happiness.”

Eight-year-old Peyangki has never left his remote village of Laya, perched high in the Himalayan mountains with no electricity. In 1999, when TV and the internet come to Bhutan, Peyangki, eagerly awaits the arrival of the new technologies as a window to the wider world. After his father’s death, Peyangki is sent to the local monastery where he struggles with his new life stuck between two worlds.

Director Thomas Balmes (Babies) brings the audience into a changing world of striking beauty and drastic development through the eyes of this young monk. Following his journey from leaving the village for the first time to the thriving capital of Thimphu where he experiences cars, toilets and modern life, we see what it means for an isolated village to become connected. SUNDANCE, CINEMATOGRAPHY AWARD: WORLD CINEMA DOCUMENTARY.

With an edict of “anything too safe is not action,” choreographer Elizabeth Streb and the STREB Extreme Action Company form a troupe of...

On a mission to renew peace following a drawn out war, a band of cultural misfits defy the armed forces and declare Jalalabad,...

The New York Review of Books: The 50 Year Argument

Designed to coincide with the anniversary of the venerable New York journal, The Fifty Year Argument, Academy Award® Martin Scorsese teams up with film...