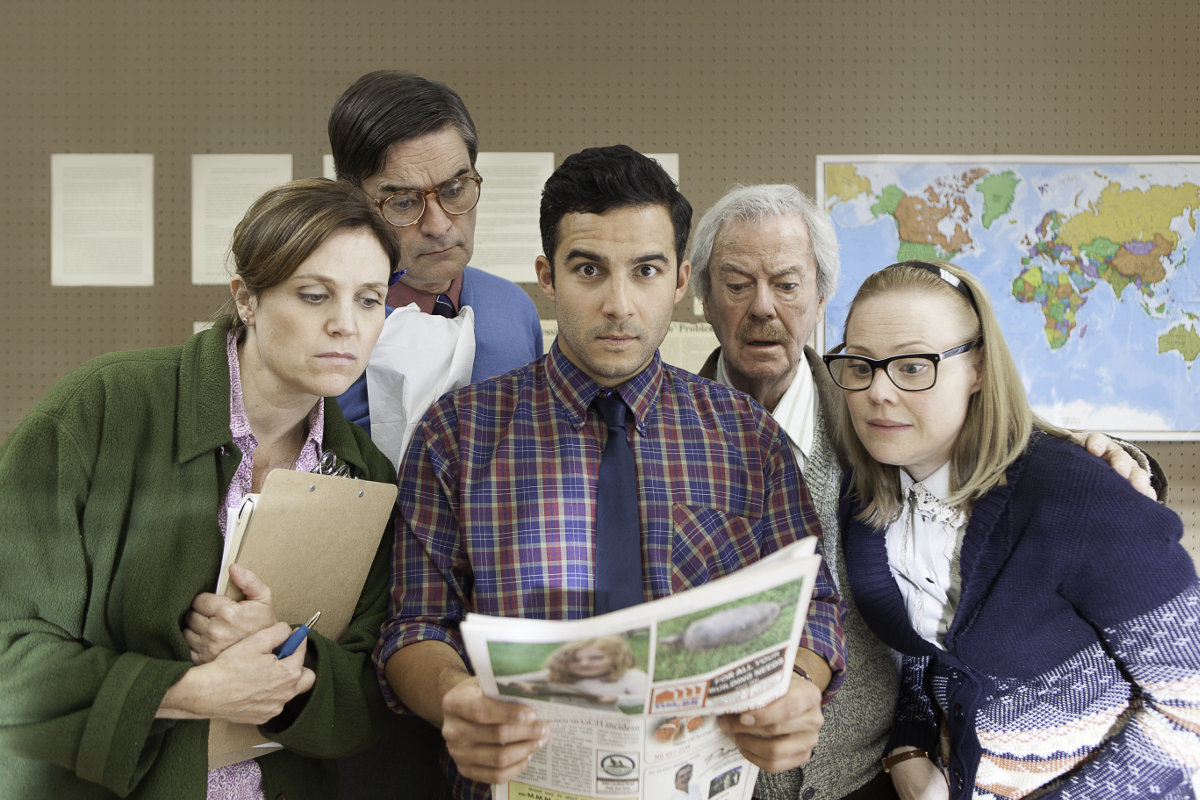 To save his struggling, small-town newspaper, journalist and editor Leonard Crane (Ennis Esmer, The Listener, Billable Hours), makes up stories based on old movies in order to keep people reading and to bring in advertisers. His scheme works until Lucy, a big city reporter, figures it out and exposes his lies. Leonard finds himself in even more trouble when one of the stories might actually be true. It's a story of a lifetime, but who will believe him now? Leonard needs Lucy to help him save his newspaper, his career, and the town of Grand Rock. This modern take on the fable The Boy Who Cried Wolf was the winner of the 2009 Telefilm Pitch This! contest.

Dirty Singles tackles the anxiety that accompanies settling into your adult life with a healthy dose of laughter along the way.

A trip around Europe turns serious for William (Gethin Anthony, Game of Thrones) when he arrives in Copenhagen, the birthplace of his father.

In this heartfelt drama, a teenager must come to terms with his past after witnessing a tragedy. Victor (Zacharie Chasseriaud) feels adrift.