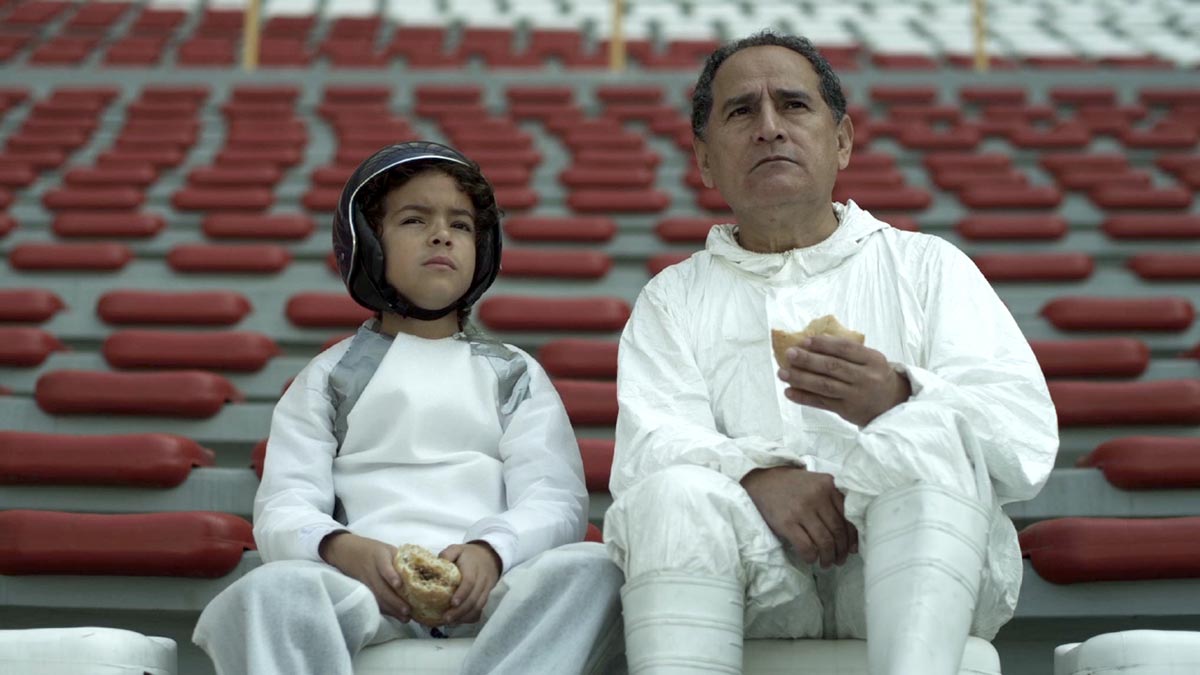 The Lima Epidemic is viciously spreading throughout Peru, attacking both men and women and killing its victims within 12 hours of showing symptoms.

Forensic cleaner Eusebio (Victor Prada) is a quiet man whose job is to clean up the sites where recent deaths have taken place. In his white boiler suit and mask, he goes to work everyday, returns home, eats and falls asleep—content with having as little interaction with others as possible. But everything changes one day, after a cleaning. Eusebio hears a noise upstairs and finds a small boy named Joaquin (Adrian Du Bois) hiding in the closet. Eight-year-old Joaquin, abandoned and alone, is now in the care of Eusebio, who tries to find a home or refuge for the boy.

Against the backdrop of a virtually empty city, Eusebio and Joaquin form a unique friendship amidst the quiet chaos of an epidemic. The pair slowly come to understand each other, as they journey to find Joaquin’s family, and during this process, learn about themselves as well.

Will You Still Love Me Tomorrow?