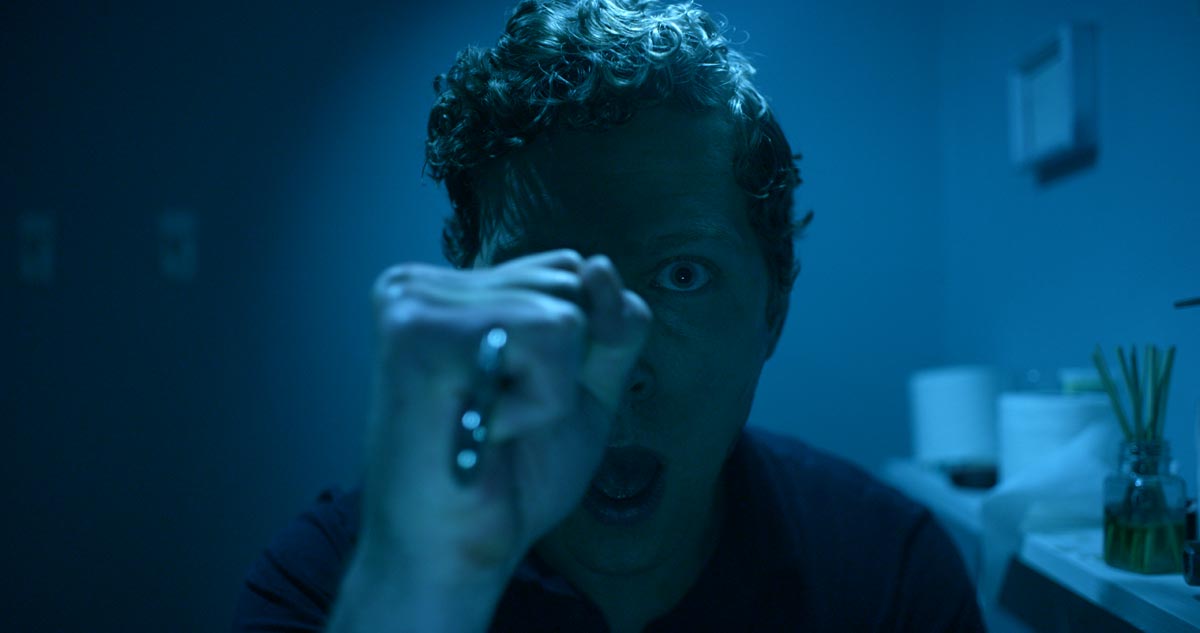 Sam and Mark are intent on having a fantastic New Year’s Eve party with their friends. But as the evening progresses, disturbing reports from their friends at celebrations elsewhere in the city start filtering in. Strange photos appear via social media and text messages start to go unanswered. Soon it begins to appear that some kind of virus is attacking people, and filling them with all kinds of murderous impulses. Barricading themselves inside their house, the college friends must make a brave stand against the infected hordes outside their door.

With a nod to recent thrillers like 28 Days Later, The Faculty, and Cabin in the Woods, writers Chad Archibald and Cody Calahan (Monster Brawl) have crafted an impressively slick, low-budget film that explores the way our social connections make us vulnerable.

Duncan’s life is a real pain in the ass.

The Crane family has surprise guests. . . for dinner.

Camiel Borgman (Jan Bijvoet) lives with his friends in an underground complex in the woods—until a gang of shady men, led by a...