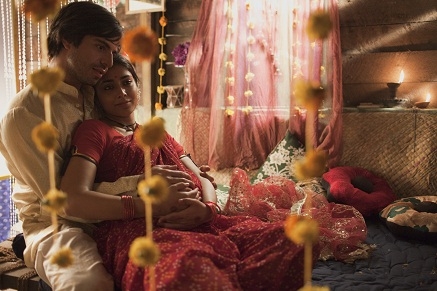 AT THE SOUTHERN ALBERTA JUBILEE AUDITORIUM

Unlike other CIFF events, tickets for the Red Carpet Opening Night Gala are only available through Ticketmaster at www.ticketmaster.ca or charge by phone 1-855-985-2787

Directed by acclaimed filmmaker Deepa Mehta and based on Salman Rushdie's Booker Prize-winning novel, Midnight's Children is a generation-spanning fable that combines historical fiction with dark fantasy. Mehta's most ambitious project yet, the film captures the epic scope of Rushdie's work, serving as both a tribute to and a critique of Mehta's native India.

The story centres on Saleem Sinai, born at the stroke of midnight on the eve of India's independence from Britain. As a child, Saleem discovers he has the power to communicate with the hundreds of children around the nation born that night, and that each of them possesses a magical power. The strongest of these is Shiva, an angry, impoverished youth whose fate is inextricably linked to Saleem.

A powerful allegory and a beautiful tribute to India's complex history, Midnight's Children is Canadian filmmaking at its finest, telling a global story with insight, bravery and creative daring.

Tickets for the September 20th Red Carpet Opening Night Gala are $75.00 each and are on sale now.