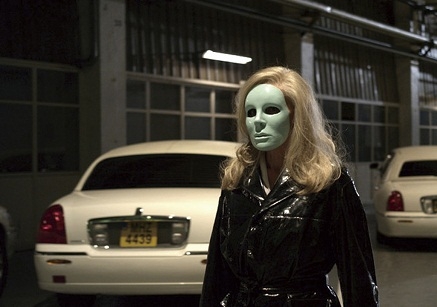 Year 2012
Runtime 115 mins
Language French
Subtitles French language with English subtitles
Canadian Premiere
Winner of the award of the Youth at this year's Cannes film festival and a nominee for the Palme D'Or, Holy Motors is a surrealist kaleidoscope of strange images, story threads and emotions in the gleefully deranged style of David Lynch or Gaspar Noe.
The first feature from acclaimed director Leos Carax in over a decade, the film is a brazenly unconventional odyssey through a fever dream of Paris, following Monsieur Oscar (Denis Lavant) as he wanders in and out of different lives, motivated by an obsession with change and death. He becomes an assassin, an old man on his death bed, a champion of industry, a motion capture artist, an angry father, a kidnapper and more—and with each new identity comes a new disguise, and a new thread in Carax's extraordinary tapestry. Holy Motors also features the legendary Edith Scob - star of Georges Franju's Eyes Without a Face.

With traditions and artifacts predating the Egyptian pyramids, Native American culture has a rich set of myths...

With a powerhouse cast led by Philip Seymour Hoffman, Christopher Walken, Catherine Keener and Mark Ivanir, A Late Quartet pulls back the curtain...