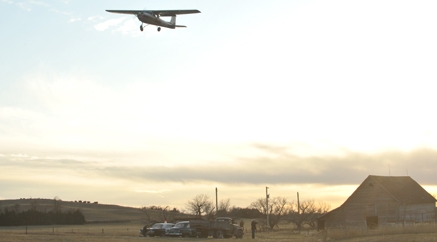 In the late 1950s, a hostage situation in rural Nebraska results in the tragic death of a young girl. While transporting the injured killer back to town, local sheriff Henry Fisher, his brother Jack and old friend Bob Halloran decide to indulge in vigilante justice, killing the murderer before he can be brought to trial. Although it seems like an easy decision at the time, it will come to haunt the three men — maybe even destroy them.

Written and directed by David R. Higgins and loosely inspired by his family's aviation history, The Aviation Cocktail sets a story of violence and jealousy against the backdrop of the Nebraska sandhills. As the three men descend into a spiral of guilt and moral decay, it becomes increasingly clear that murder is never simple, and that blood always leads to more blood.

An award-winner at the Durban, Deauville and Nashville International Film Festivals, The Dynamiter is the tale of three brothers leading quiet lives of...

A DISCOVERY AWARD NOMINEEDirector Jennifer Clary is scheduled to attend.