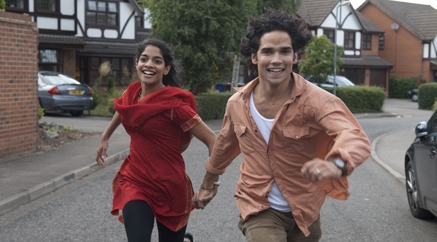 All In Good Time

Set in working-class Bolton, UK, Nigel Cole (director of Made in Dagenham and Calendar Girls) returns to CIFF with All In Good Time, a light-hearted family drama that mines the obligations of two British Hindu families for laughs and heartbreak.

After their marriage ceremony, Atul (Reece Ritchie) and Vina (Amara Karan) just want to be alone together. But living in the confines of Atul’s family’s tiny home, they haven’t just married each other: they’ve each inherited the combined forces of the Dutts and Patels. Between Atul’s domineering father, Eeshwar (Harish Patel), and Vina’s elitist parents, it’s no wonder that Atul and Vina have trouble consummating their marriage.

Based on writer Ayub Khan-Din’s stage play Rafta, Rafta, which was in turn based on the original 1963 film All in Good Time (written by Alfie's Bill Naughton), this updated All In Good Time is a tender, universal mix of humour and family.

When global pressure forced Augusto Pinochet's dictatorial regime to soften its stance on political advertising in the late '80s, it would have been...