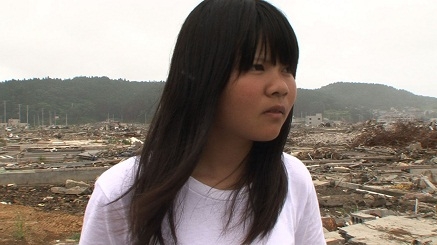 A year and a half after the Tohuko earthquake and tsunami devastated Japan, the impact of the disaster is still being felt. The magnitude of the quake was enough to shift portions of northeastern Japan by nearly eight feet, and the toll this natural disaster took on the nation is nearly unimaginable for anyone who wasn't there to experience it in person.

Filmed in the immediate aftermath of the quake, director Kyoko Gasha's 311: In the Moment humanizes the massive scale of the tragedy by uncovering the stories of individual survivors. Presented simply and straightforwardly, Gasha's film allows the intense emotions of these stories to evolve naturally, a decision that only increases their power. As the citizens cope with the loss of homes and families and the threat of nuclear meltdown, 311: In the Moment is there to go beyond the headlines to the real truth of the situation.