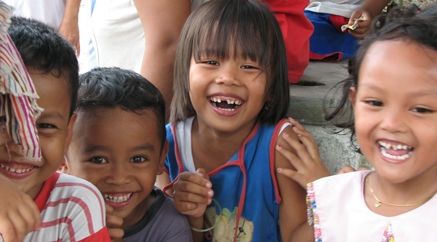 The World We Want

THE WORLD WE WANT is a feature length documentary film chronicling the incredible and inspiring stories of young student activists throughout the world between the ages of 11 and 16, all unburdened by the fear of authority. Filmed on location in Indonesia, India, Jordan, Russia, Bosnia-Herzegovina, Senegal, Colombia and the United States, THE WORLD WE WANT follows the development, presentation and implementation of social initiatives created by these students in their communities, such as banning teenage gambling in Russia, fighting taxation of silversmiths in Indonesia, creating a community constitution in Columbia, securing clean drinking water in Senegal and more. These students then presented their accomplishments at the Project Citizen International Showcase in Washington D.C. What may appear to be another routine, feel-good, youth-oriented documentary is always involving and never preachy. The film morphs into a practical blueprint for shifting paradigms to build better communities.

Please note: this is a FREE screening. Seats are subject to capacity.