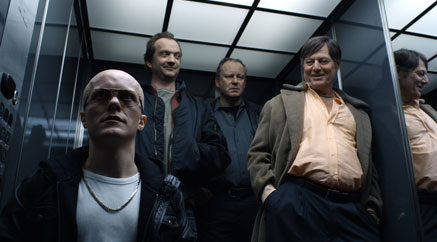 Ulrik (Stellan Skarsgård) is a quiet, gentle gangster who is reluctantly leaving prison after serving his time for murder charges. He doesn’t give much thought to what he does for a living, or where he is going—he is content to let life be.

The story follows Ulrik through his basic attempts to settle back into routine and to come to terms with life on the outside. However, not all is going according to plan. Ulrik’s boss is pushing him to settle up with the snitch who ratted him out; his landlady decides that a little passion in exchange for home-cooked meals is a fair trade; and the son he desperately wants to reconnect with has a new fiance whose family disapproves of his line of work.

Winner of the audience prize at this year’s Berlin Film Festival, A SOMEWHAT GENTLE MAN is an entertaining, dry-humored crime drama.

PG: Not Recommended for Children

CERTIFIED COPY is the latest story from master filmmaker Abbas Kiarostami of a meeting between one man and...