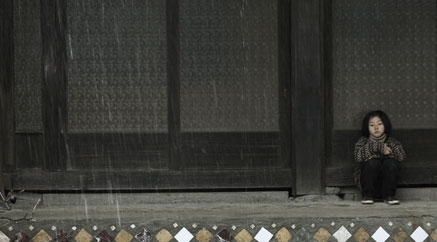 PG: Not Recommended for Children

Inspired by director Ounie Lecomte’s experiences growing up, A BRAND NEW LIFE tells the incredible story of a nine-year old Korean girl, Jinhee, whose father takes her to a Catholic orphanage for adoption. Jinhee doesn’t want to believe or accept what has happened—she is convinced her father will be coming back for her. She refuses to eat, change, speak, obey the orphanage staff or make any friends. Throughout her extended stay in the orphanage, she begins to realize the truth and accepts her fate, slowly befriending a slightly older girl named Sookhee, who not only needs a co-conspirator for her games, but also hopes they will get adopted out together.

Taking place over the course of a year, A BRAND NEW LIFE is an intimate debut feature about abandonment and adoption, love and loss. Jinhee will lead you through her incredible emotional journey and into a new world of discovery and hope.

French and Arabic with English subtitles

PG: Not Recommended for Young Children

At a luxury hotel in N’Djamena, the capital city of Chad, Adam and...

A Woman, A Gun, and A Noodle Shop