The Calgary International Film Festival is proud to bring together seventeen celebrated and revered voices in film communities from around the world to serve on the 2022 Jury!

With 11 awards and over $55,000 CAD in cash and prizes, plus one winning short being made eligible for Academy Awards consideration, the juries are tasked with recognizing the year's most exceptional feature-length and short films, all to be screened at the festival September 22 - October 2. 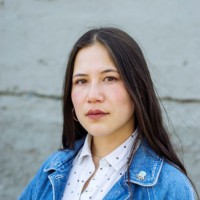 Gillian McKercher is a Canadian writer, director, and producer, and co-owner of Kino Sum Productions. Gillian’s first feature film, CIRCLE OF STEEL, won an Audience Award at the 2018 Calgary International Film Festival. She developed her sophomore feature film, LUCKY STAR, while a resident at the Canadian Film Centre and with the additional support of the CFC/Netflix Project Development Accelerator. LUCKY STAR goes to camera in Winter 2022 with funding from Telefilm Canada. Her documentary projects include BORROWED FROM NATURE, which she produced, and ORPHANED, which she wrote, directed, and stars in. Both were commissioned by CBC Television. 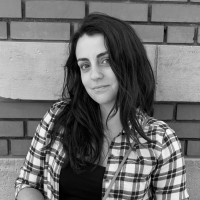 Mackenzie joined the Gravitas Ventures team as Acquisitions Coordinator in January 2021. Before joining the Gravitas Team, she worked in marketing roles for local Cleveland companies and spent her free time volunteering for the Cleveland International Film Festival Screening Team. Mackenzie graduated from Miami University with a degree in Film Studies and Psychology. 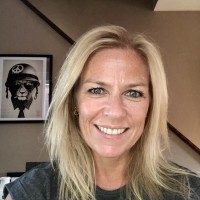 Executive Director at Women in Film & Television - Toronto (WIFT Toronto), Karen leads the team dedicated to the professional development, advancement and celebration of its members in the screen-based industry. Prior to joining WIFT Toronto, Karen was the Director of Membership & Fan Engagement at the Canadian Academy, where she was responsible for membership, year-round programming and developing the national Directors Program for Women. Karen also served as Director, Canadian Initiatives at the Toronto International Film Festival (TIFF), where she was instrumental in supporting the Canadian film industry and nurturing emerging talent through programs like Talent Lab and TIFF Rising Stars. 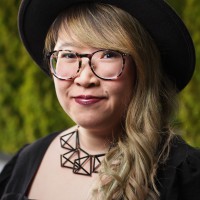 Vicki Van Chau is a film director and producer based in Calgary, Alberta. She was formerly the Programming Director at EMMEDIA Gallery & Production Society and has sat on the Board of Directors for the Untitled Art Society (now known as The Bows), EXPOSURE Photography Festival, Alberta Media Arts Alliance Society (AMAAS), and currently, the Calgary Underground Film Festival. She recently received the Lieutenant Governor of Alberta Emerging Artist Award in 2022 for her short films that have screened across Canada and internationally. 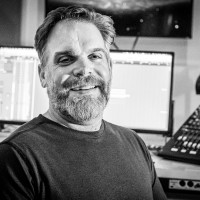 Alec should have been born in LA. Not in the messed up, grinding, lost-soul side of LA, but in the neighbourhoods of great storytellers like Spielberg, Scott and Cameron. Alec’s first language is music and he speaks fluently in a dialogue of themes, emotional intent, story arc and melodic motifs. Starting to score for pictures before he could watch an R-rated movie, Alec intimately understands the role of score in film – as a support to the visual, and knows that at times the best way to be heard is by not being heard at all. Alec has piled up the awards over his young career, from Sports Emmy nominations to AMPIA Awards, and numerous acknowledgments in film, television and commercial production. In his spare time Alec enjoys cattle wrangling, blacksmithing and reruns of jeopardy – all kidding aside Alec loves spending time with his family, binge-watching Hans Zimmer tutorials, and all outdoor pursuits. 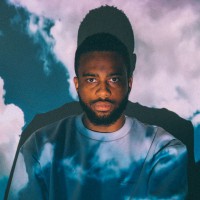 Jae Sterling is a multidisciplinary artist and founding member of the SANSFUCCS/FOREIGNERZ artist collective and production house. Beginning as a musician, he has extended his art form over the years to include painting, digital design & mixed media, streetwear design, creative direction and written essays. In 2019 was one of 10 artists selected for the National Music Centre’s Alberta residency program. In 2020, Sterling embarked on a year-long multimedia exhibition, Riding Horses with White Men, which debuted in Calgary later that year. In 2021 was invited to be the art fellow & curator of the Arts Commons Incubator Program. In 2022 Jae curated a month-long multimedia exhibition featuring the work of 17 Alberta-based artists in Calgary. Most recently, Sterling was selected by Telus Storyhive and The Black Screen Office to create a film around his Riding Horses With White Men stories. 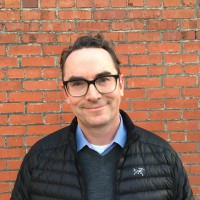 JAY DANIEL BEECHINOR is a Canadian/Irish film and television producer and business affairs executive with over 17+ years’ experience, having produced numerous projects including MOWs, feature films and television series that have aired on Netflix, AMC, SyFy Network, MTV, Lifetime Network, and the Discovery Channel to name a few. Most recently Jay was an Executive Producer on the award-winning documentary Pat Rocco Dared And is currently producing his first animated project called HORRENDOUS. 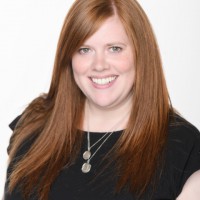 Katrina Beatty is a producer/director based out of Edmonton, Alberta. Upon working with iconic actor Bruce Dern, he described her as “a one-woman studio – never seen anything like it.” She works in varying formats including short and feature films, web series, music videos and commercials. Most recently she produced Trevor Anderson’s inaugural feature film BEFORE I CHANGE MY MIND, which had its world premiere at the Locarno Film Festival in August 2022. 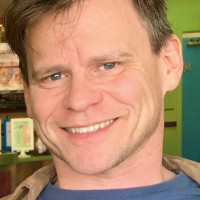 Patrick is a cinematographer based in Alberta. He has been twice nominated for a Canadian Screen Award. He is currently working on feature films with Mathew Embry, Nina Sudra, Robert Cuffley and Cody Lefthand & Gary Burns. 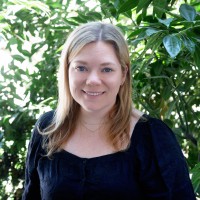 Kara MacLean is an experienced domestic and international entertainment publicist based in Los Angeles and is Senior Director at the international entertainment PR agency Organic. Originally having grown up in Toronto, she is an avid cinephile and her first job (with a proper paycheck) was working at the Toronto Film Festival. MacLean has worked for over a decade in entertainment and has represented projects at the top festivals around the world, including Cannes, Berlin, SXSW, Venice, TIFF, Sundance and others. She has worked on international and domestic campaigns for numerous films and series and has worked with some of the world’s most talented filmmakers. 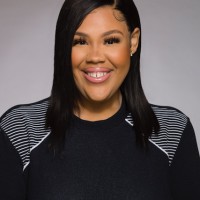 Sierra London McDonald is WE tv’s Manager of Development and Original Programming, based in New York. In this role, she helps create and develop fresh new programming for the network. Prior to joining WE tv, Sierra worked across development, programming and production for Discovery (Science Channel), NBCUniversal (Wilshire Studios) and VH1. She holds a Bachelor of Arts in TV/Film Production from Howard University and proudly serves as a mentor and volunteer for Big Brothers Big Sisters Of America in Newark NJ. 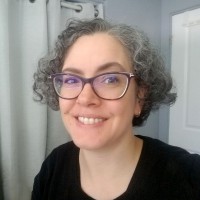 Nina is a Calgary-based editor working in television, corporate and commercial productions.
Her credits include feature films Red Letter Day and A Wicked Eden. In the local media arts
community, Nina has been a filmmaker, board member and workshop facilitator. A one-time
video store clerk, Nina learned to love films with one dusty copy on the back shelves but is
still a sucker for a rom-com. 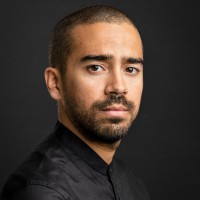 Caleb Ryan is a Black Canadian filmmaker and university film school graduate from Calgary, Alberta currently based in Montreal. He wrote/directed/produced his entirely self-funded debut feature film VAGRANT (CIFF 2020) which went on to win various national and international film festival awards garnering nominations and recognition from the Directors Guild of Canada and the Canadian Media Producers Association. It was picked up by Mongrel Media and is currently streaming on Crave, having just had its release during Black History Month this year. He is a participant in the 2022 TIFF Filmmaker Lab with his next feature film project DEM WOODS. 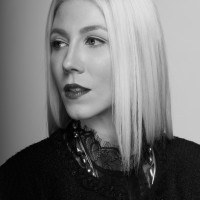 Katrina Olson-Mottahed is a Calgary-based content creator. An advocate for the arts who has become a social media influencer and cultural curator. Her unique fine art viewpoint and personal style set her apart in the fashion and film landscape. A university-educated and practicing artist, her adoration for the arts covers all forms, from classics to fashion, street art to the silver screen. Katrina has made it her business to connect all things art related. Katrina’s ability to go from concept to completion has influenced a set of leading creative minds; ensuring her signature style is made present. The hybridization of art + film coupled with her unique personal style led her to build an online platform connecting contemporary culture from the perspective of wearing, watching and creating art. Katrina is the Co-Founder of the Canadian International Fashion Film Festival (CANIFFF). 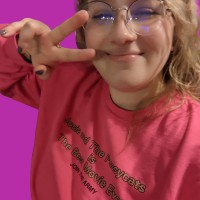 Paige is a proud graduate of the University of Toronto and has a background in theatrical arts. At Seven24, her work in development allows her to demonstrate her keen eye for unique and unusual development projects. Paige’s passion for film and television has also led her to work as a film curator, a script supervisor and 1st AD on shorts with a female-led crew. She is always looking to discuss opportunities for femme, trans, non-binary, two-spirit and BIPOC filmmakers in the industry. 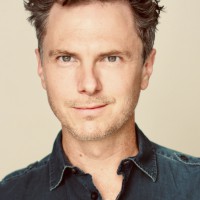 Andrew is a Calgary-based actor, writer, musician, and director, and spent several years as a specialty film programmer and festival manager for the Canadian Film Centre’s now defunct Worldwide Short Film Festival. Though now working mainly in film and television, he fondly remembers touring the country with a sketch comedy troupe that made someone in Montreal laugh so hard they threw up on the person in front of them. He was also once nearly arrested while working as a Charlie Chaplin impersonator and refused to speak a single word aloud to the police.