Runtime 45 mins
Event Details
2:15 PM Brüch Bar
Reserve Seats
2:15 PM Video On Demand
Reserve Seats
Ever wonder how films get chosen for a festival? Do you know the people behind the scenes making it all happen? This process might be unknown to some and intimidating to others, but it’s all designed for filmmakers to share their stories and bring the best films possible to a festival’s audience. If you want to know how to get your film playing at a future festival, then this discussion with CIFF Artistic Director Brian Owens, festival strategist Lauren Avinoam and programmer Robin Robinson is for you! Moderated by Russell Bowers, host of CBC's Daybreak Alberta. 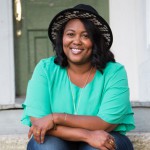 Robin Robinson is dedicated to independent film. She serves on the programming teams at the Hot Springs Documentary Film Festival, Mountainfilm, the Philadelphia Film Festival, and Film Pittsburgh. Previously, she was a Programming Coordinator for the SCAD Savannah Film Festival and the Nashville Film Festival, where she managed the Screenwriting Competition and worked as a Senior Programmer. In addition to programming, she has served as a screener, reader, and judge for numerous competitions and festivals. 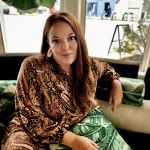 Born in Toronto, Lauren began her career at Ouat Media. After leaving, she founded LA Publicity, providing festival strategy & release PR solutions to independent filmmakers worldwide. With over 10 years of experience, her clients have won awards and screened at over 50+ festivals from BFI London to Tribeca & beyond. In 2012, she moved to LA and began working as an independent Producer. Her credits include ASK ME ANYTHING, 4TH MAN OUT, ALL THESE SMALL MOMENTS and LOWLAND KIDS. 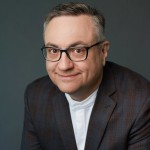 Russell has been a broadcast professional for 25 years, having hosted radio shows nationally and regionally from coast to coast. He has conducted over 10,000 interviews during that time with a diversity of political leaders, international figures and the people next door. Noted for his conversational style, he often asks the unexpected question causing both the guest and the audience to think about the answer. His work as a writer/broadcaster, comedy performer, producer and news reporter has appeared on CBC shows like The Current, Irrelevant Show, Sunday Edition and The 180.