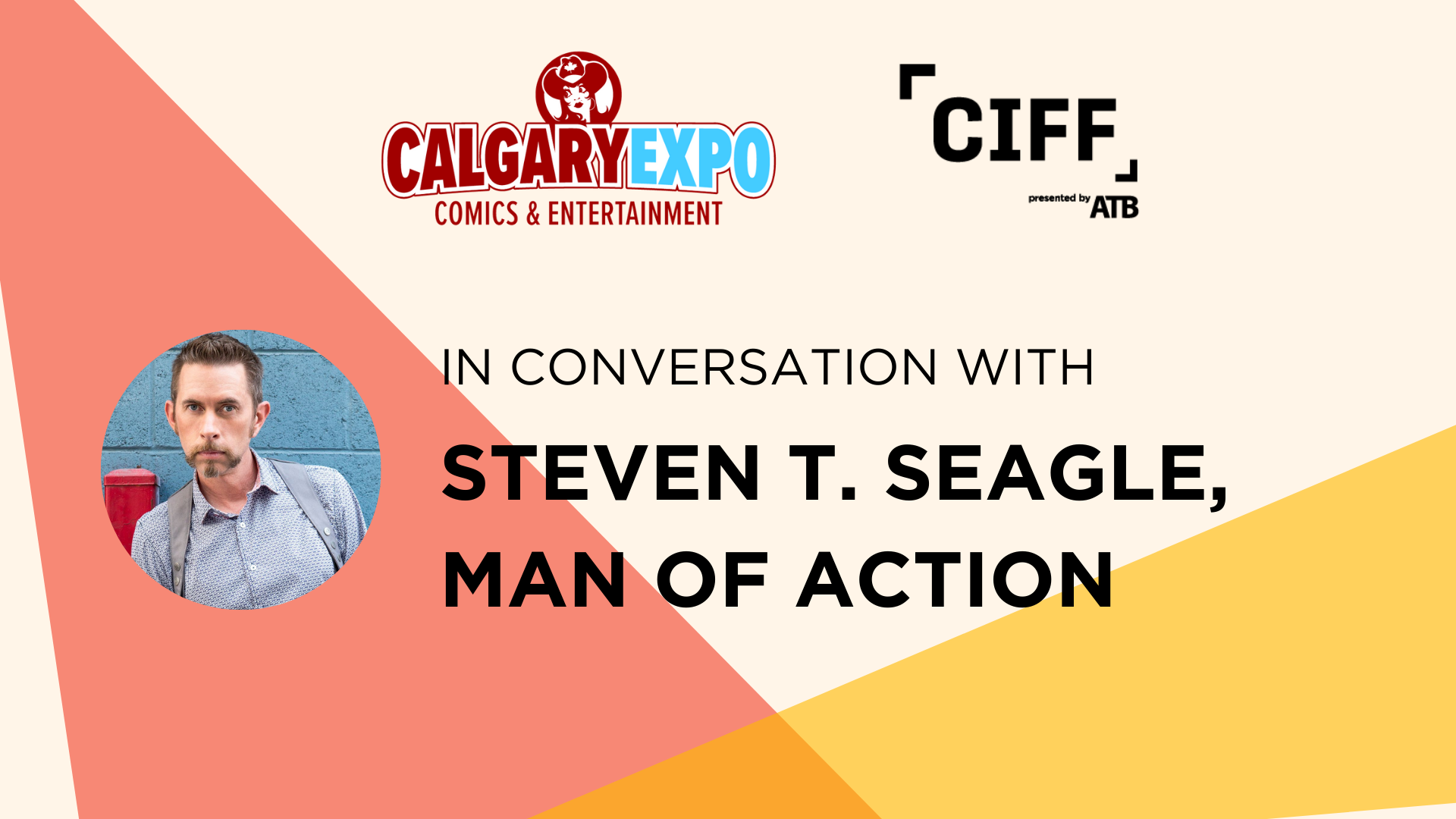 CIFF and Calgary Expo join forces for this special In Conversation with Man of Action Entertainment founder, Steven T. Seagle.

Steven T. Seagle is a co-founder of Man of Action Entertainment, -creators of the global franchise BEN 10 on Cartoon Network with Seagle as an executive producer and story editor; and BIG HERO 6, for which he co-created the original team and characters featured in Disney/Marvel's Academy Award®-winning feature.

Their newest creation, POWER PLAYERS, recently premiered on Cartoon Network and Netflix and Seagle voices the recurring characters Orangutank, Ice Crusher, and Serge Cherge for the series as well as writing and executive producing. Seagle met his Man of Action partners while working on Marvel and DC Comics' most prized franchises X-Men and Superman.

Seagle’s original graphic novels are published through Image Comics and include the Eisner-nominated noir thriller KAFKA, Solstice, Camp Midnight, and Get Naked, his collection of graphic essays which was nominated for best humor publication in both the Eisner and Ringo Awards in 2019.

Ansley Newland is the Programming Coordinator at FAN EXPO HQ, where she helps craft pop culture conventions across North America. An award-winning event programmer, she is dedicated to helping fans create memorable experiences with their film, television, comic and literary heroes. You can catch her as the host of FAN EXPO HQ’s Written Worlds, a monthly literary Q&A series with some of today’s best-selling sci-fi and fantasy authors.

This Live Event Takes Place Oct 1, 2020, 6:00 PM (MST)Aisling Chin-Yee is an award-winning producer, writer, and director based in Montreal, Canada.

Join us with the creator, and members of the cast and crew of TRIBAL,...