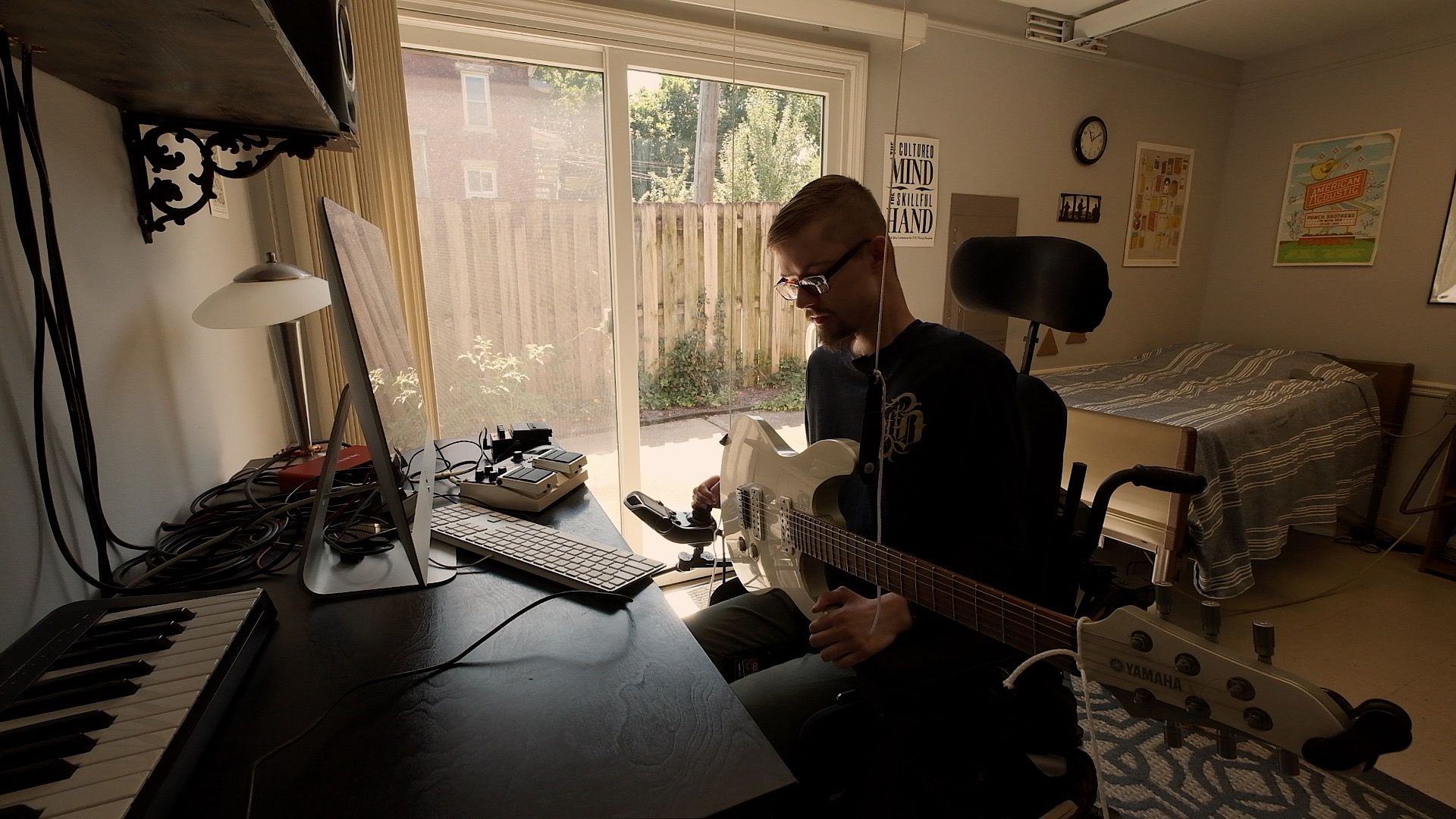 Dustin Clark is a musician, an artist, and a man who sees challenges as possibilities. After being diagnosed with Muscular Dystrophy at the age of 10, he started to enter a constant state of reinventing how he approaches each of his creative endeavors. His musical process involves tediously clicking in notes on his computer, a guitar suspended from the ceiling, and help from friends and family.

DUSTIN CLARK: THE HUMANITY IN WHO WE ARE serves as an inspiration for overcoming adversity and creating art no matter the situation.

From the inception of a musical idea, through the recording process and live performance, this documentary short explores the process of creating a...

Showcasing one of Toronto’s best up and coming dancers, ALL IT GIVES follows the story Kosi Eze, a Nigerian immigrant who found community...