The Calgary International Film Festival is proud to bring together seventeen celebrated and revered voices in film communities from around the world to serve on the 2021 Jury!

With ten awards and over $24,000 CAD in cash prizes, plus one winning short being made eligible for Academy Awards consideration, the juries are tasked with recognizing the year's most exceptional feature-length and short films, all to be screened at the festival September 23 - October 3. 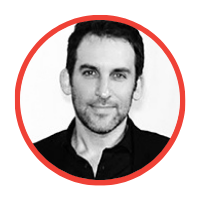 Michael is a producer based in Montreal, specializing in the development, financing, and production of feature film. Prior to forming Band With Pictures, he previously held positions at Artisan Entertainment, Revolution Studios, Newmarket Films, THINKFilm, and Serendipity Point Films. Michael is a good standing member of the AQPM (Association québecoise de la production médiatique) and a board member of the QEPC (Quebec English Production Council). 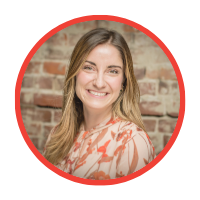 Hilary's film career began at Ouat Media in short film distribution, and from there she moved onto the Canadian Film Centre. In 2015 Hilary joined Meridian Artists, working in talent management. In 2018 she co-founded Game Theory Films, a Toronto based independent film distribution company. Game Theory has released twenty-three films in the Canadian market and has begun releasing titles in the US and UK. In 2021 Hilary was selected for the Berlinale Talents program. 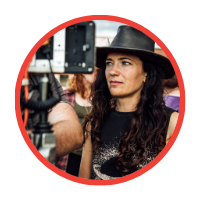 A mixed Anishinaabe director, producer, writer known as much for her versatility as she is for her passion. She was honored with the Tiff Birk Diamond, a tribute to Women in Film in 2016. A true maverick in the feature film world, Mullen is known for her bold and stunning visuals, ambitious shooting style, strong performances and unique voice. Her previous features include: DEAD BEFORE DAWN 3D (2012), 88 (2015), BELOW HER MOUTH (2016) and WANDER (2021). Mullen is co-founder of the independent production company Wango Films, alongside Tim Doiron. The company has produced six films to date. 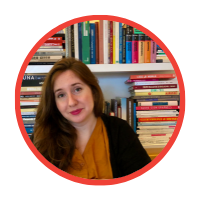 Jessica Gyll has been working in the film festival world for over seven years. Her experience includes event production, curation, volunteer management, and guest relations management. She is currently the Programming Manager at Hot Docs Canadian International Documentary Film Festival, where she oversees film submissions, a team of programmers, festival jury coordination, and film scheduling.
Jessica is a graduate of McGill University’s Cultural Studies and Critical Theory Program and holds a post-graduate degree in Arts Management and Administration from London Met University. 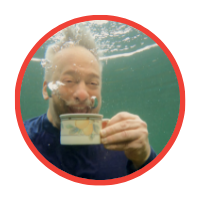 Albert Nerenberg is an internationally acclaimed filmmaker, journalist, and hypnotherapist.
He’s directed several award-winning documentaries including Laughology, Stupidity and the more recently You Are What You Act which won the Jury Prize at the Illuminate Film Festival.  He is completing a new documentary called COLD FEVER.   As a hypnotist he has done a number of viral TEDX and IdeaCIty Talks. His TEDX talk, Is Hypnosis Fake? has been viewed over 10 million times and is one of the most watched demonstrations of hypnosis ever. He is also an international expert on laughter speaking in over 20 countries on the subject. Nerenberg has appeared on NBC, The BBC, CBC, Channel 4 and Japan’s NHK. 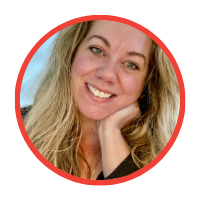 Marie-France Guerrette is the co-founder and Executive Producer at Productions Loft Inc, through which she’s produced and directed documentaries and unscripted series which have been broadcast world-wide. She has received numerous awards, including a prestigious Golden Sheaf Award in the Documentary Arts & Culture category. She has also been nominated for Best Director at the Alberta Film and Television Awards multiple times. Marie-France is currently the president of Women in Film and TV Alberta. 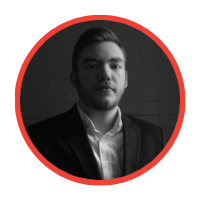 Brett joined the Gravitas Ventures team as Acquisitions Coordinator in early 2019, and became Manager of Acquisitions in late 2020. A massive cinephile, he strives to bring strong independent content to a wide audience. He’s proudly a Pittsburgh native, and is excited to be able to be a part of the midwestern film landscape. Brett graduated from the Roy H. Park School of Communications at Ithaca College with a degree in Cinema and Photography. 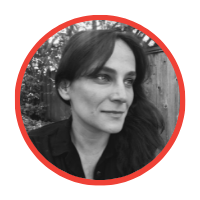 Kinga is the Creative Engagement Producer at the Vancouver International Film Festival. Before joining VIFF, she served at the Victoria Film Festival as Head of Programming. Binkowska also helped establish the Queen of the Square, an arthouse cinema in Stratford, Ontario, and has been part of the programming team at the Zurich Film Festival since 2012. She holds an MFA in Media and Film Production from École Supérieure de Commerce de Paris and MFA in Media & American Studies from the University of Lodz. 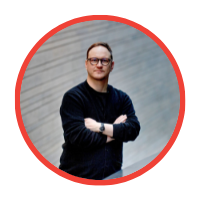 Sten-Kristian Saluveer is an Europe and Asia based film and media innovation strategist, awarded film producer and programmer, public speaker and moderator, and content & technology entrepreneur. Sten is the Founder of Storytek - a vertically focused early stage mediatech accelerator and innovation hub and is also a partner in the Exit Academy - a tailor-made coaching and advisory program. Over the years has served as a Key Executive and Industry Director and Asian programmer for Tallinn Black Nights Film Festival. Most frequently he heads the Innovation track - NEXT - at the Marche Du Film of the Festival de Cannes. 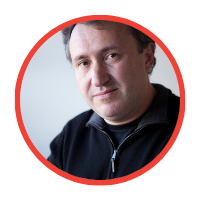 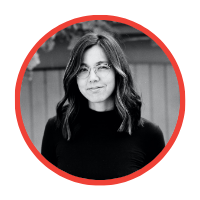 Elizabeth Lo is an award-winning filmmaker whose work has been shown at Sundance, MoMA Museum of Modern Art, SXSW, IDFA, Tribeca, and the New York Times. Elizabeth has been featured in Filmmaker Magazine’s 25 New Faces of Independent Film, DOC NYC’s 40 Under 40 List, and the Cannes Lions’ New Directors Showcase. Her debut feature, STRAY, was released by Magnolia Pictures and was nominated for an Independent Spirit Award and Critics Choice Award. 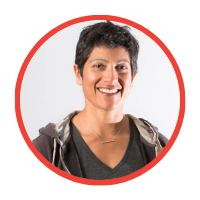 Dr. Kamala Parel-Nuttall is an emerging Canadian filmmaker of South Indian and Eastern European descent, born in Calgary, Alberta. Kamala started her career in film as a researcher and production manager in London, UK. More recently she has written, directed, and produced short documentary films. Kamala is dedicated to telling stories that challenge assumptions and build bridges between people and cultures. Kamala has a professional background in University teaching and research. Her academic areas of expertise are Religious Studies, History, and Philosophy. She is based in Calgary, Canada. 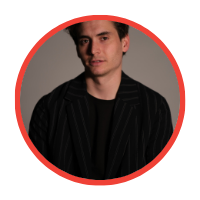 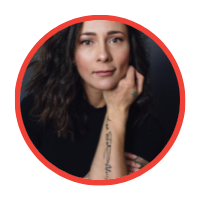 Deitra divides her time as a costume designer in both Film & Theatre. She is an award-winning designer who holds a degree from ACAD and has been designing costumes for various companies for nearly two decades. Her involvement as a costume designer has allowed her to play with some of the best people in the industry including projects with Netflix, MGM, AMC, HBO, Joe, DDG,Vertigo, Theatre Calgary, ATP and more. She is a member of IATSE 212 and ADC 659. 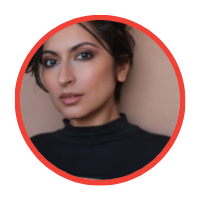 Zehra Fazal is an award-winning Pakistani-American actor who has portrayed multiple characters on animated series for Disney, Nickelodeon, WB, Dreamworks, Apple, Netflix, Cartoon Network and more, as well as lending her voice to several video games and feature films. On-camera, Fazal has appeared in How to Get Away With Murder, Magnum PI, Mr. Mayor and Lucifer. Fazal is based in Los Angeles and represented by A3 Artists Agency. Twitter and Instagram: @ZehraFazal 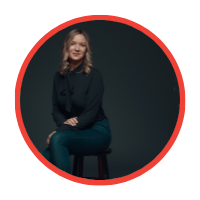 Janet Hamley Morhart is the Chief Operating Officer and Co-Executive Producer at Prairie Dog Film + Television. She is educated as a Chartered Professional Accountant (CPA), that has worked in the film and television industry since 2006. Her experience has led her to work on multiple dramatic television series, feature films, short films, and documentaries which have aired on NETFLIX, Amazon Prime Video, CBC, and APTN.
Janet was recently celebrated by CPA Alberta with an Early Achievement Award in 2020 and acknowledged as one of Avenue Magazine’s Top 40 Under 40 in 2019. Janet is currently the Treasurer on the Board of the Alberta Media Production Industries Association (AMPIA). 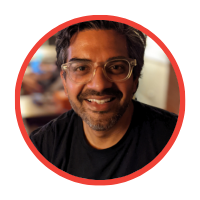 Sudeep Sharma is a Programmer for the Sundance Film Festival. He is also Co-Director of Programming for the Palm Spring International ShortFest. He has worked in programming for many eclectic and recognizable festivals and was Director of Public Programming for the Academy of Motion Pictures Arts and Science. He holds a PhD in Cinema and Media Studies from UCLA and has taught film and television courses at universities throughout Southern California.