A weird and wonderful journey, the 21st Calgary International Film Festival, presented by ATB, saw a lot of changes, a lot of firsts, and made many incredible memories!

We had a tough time narrowing it down, but here are our Top Ten Moments from #CIFF2020! 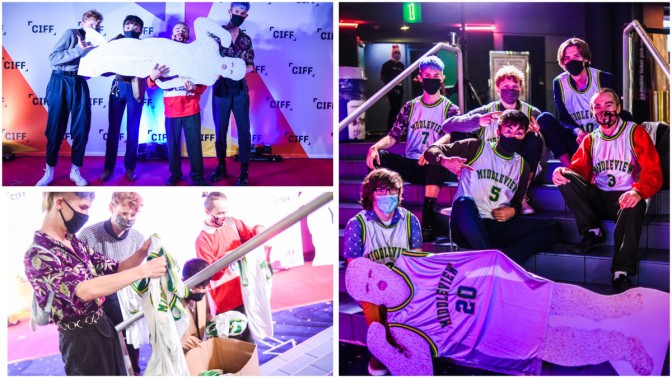 The Middleview Ducks boys basketball team (a.k.a. the cast of EVENTS TRANSPIRING BEFORE, DURING, AND AFTER A HIGH SCHOOL BASKETBALL GAME) reunited on the CIFF red carpet, donning their original jerseys for an unforgettable photo op! Wait a minute, what position did that guy in front play? 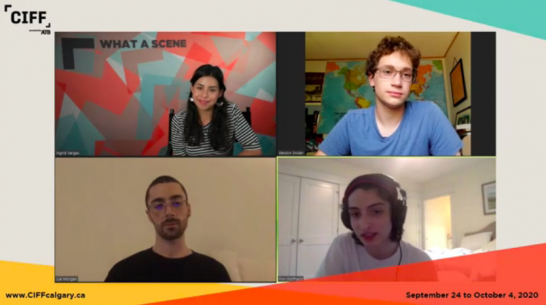 In our most highly attended Behind the Screen event to date, young filmmakers Finn Wolfhard (STRANGER THINGS, IT, NIGHT SHIFTS), Lije Morgan (INTERDIMENSIONAL PIZZA PUSHERS), and Weston Snider (DICHROME) joined moderator Ingrid Vargas (CIFF 2019 Selection, ALL SAINTS) for an engaging and lively discussion about their experiences as emerging filmmakers. A live-streamed panel that was available worldwide, audiences from countries such as Turkey, Brazil, and the USA (just to name a few) tuned in for this one-of-a-kind event. 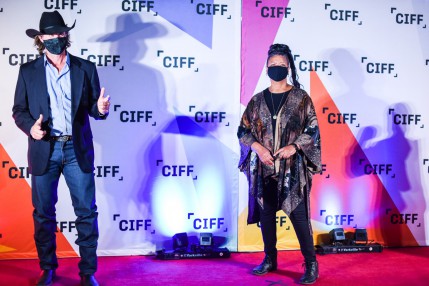 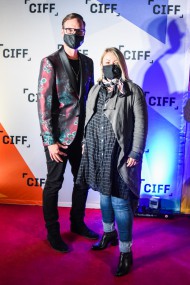 You're always sure to find a star or two on the CIFF red carpet, and this year was no exception! Country music hero Corb Lund joined director Cheryl Foggo on the red carpet ahead of the sold-out premiere screening of JOHN WARE RECLAIMED, of which he has a song on the stellar soundtrack. Continuing the run of Alberta music legends at CIFF 2020, the iconic and beloved Jann Arden attended the Alberta premiere of Calgary film, EVENTS TRANSPIRING BEFORE, DURING, AND AFTER A HIGH SCHOOL BASKETBALL GAME,  where she makes an appearance on the film's '90s-centric soundtrack. 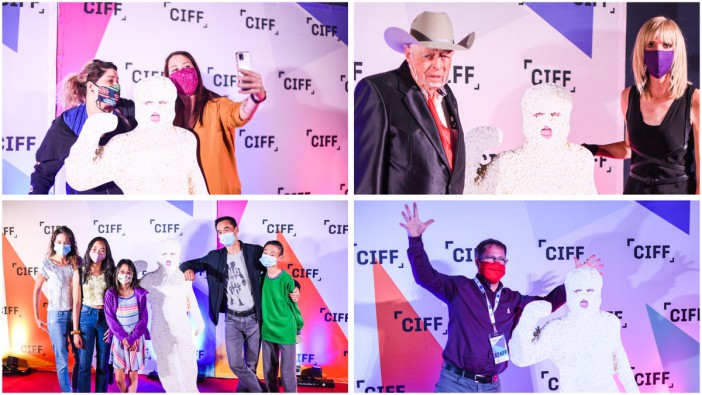 There may have been a bevy of stars and special guests on the red carpet, but none were more popular or in-demand than Popcorn Man! The star of our #CIFF2020 commercials, he was the name on everyone’s lips this year, and easily the most coveted red carpet accessory. 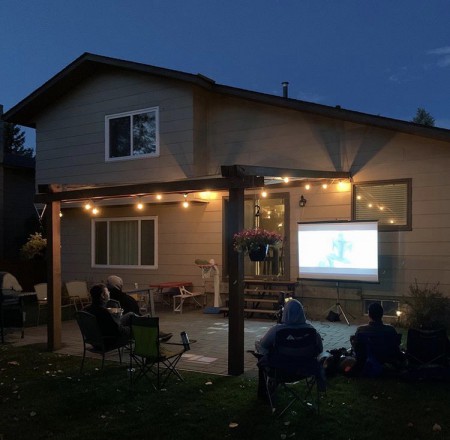 With the introduction of our new hybrid model, audiences were able to bring CIFF into their homes with online streaming! Throughout the festival, fans shared their impressive streaming set-ups on social media, from outdoor projectors to gourmet movie snacks.
Photo courtesy of @vero_arseno 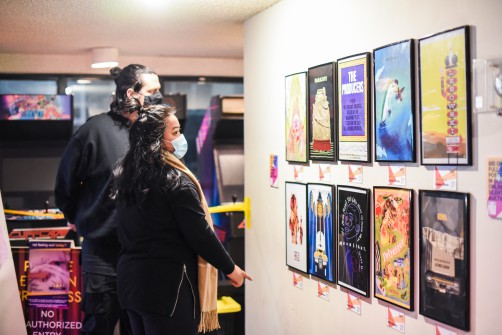 We commissioned ten local artists and graphic designers to reimagine the posters of their favourite movies, and the results were incredible! Ten totally unique and original designs, audiences were able to purchase small prints, or if they wanted something really special, bid on one-of-a-kind, large-scale framed prints in our silent auction. Fundraising over $2,100 from the silent auction alone, the first-ever CIFF Poster Show was an amazing success, and we can't wait to bring it back in 2021! 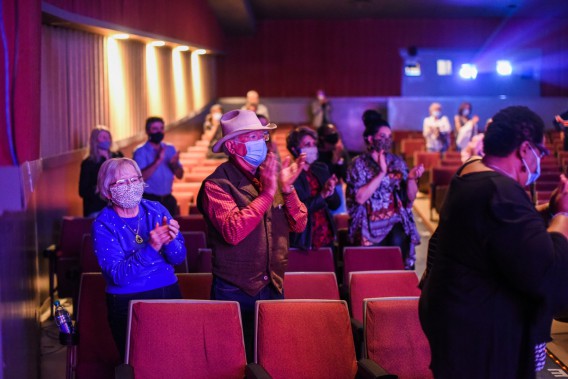 One of the most buzzed-about films of the festival, both sold-out screenings of JOHN WARE RECLAIMED ended in standing ovations for director Cheryl Foggo. It's easy to see why the film won the CTV Audience Award for Best Alberta Feature! 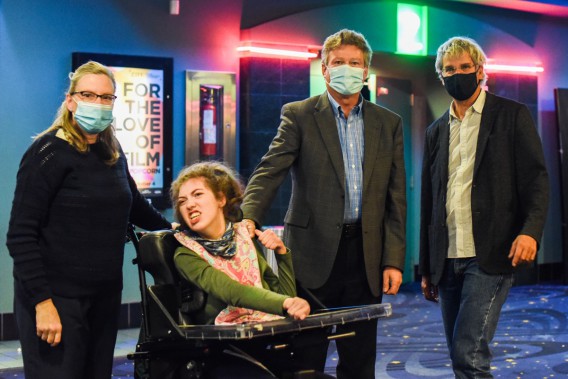 The Real-Life Lawyer from PERCY Makes a Surprise Appearance

In a moment straight out of a movie, during the Q + A following the screening of PERCY, an audience member asked John Schmeiser (Percy Schmeiser's son) what Terry Zakreski, Percy's lawyer, thought of his portrayal in the film. As John replied "I don't think he has seen it yet," Terry stood up from the audience to announce "I just did!" in what was an unexpected delightful surprise, both for the audience and the Schmeisers! Terry (far right) and John (centre) are pictured above with John's wife and daughter. 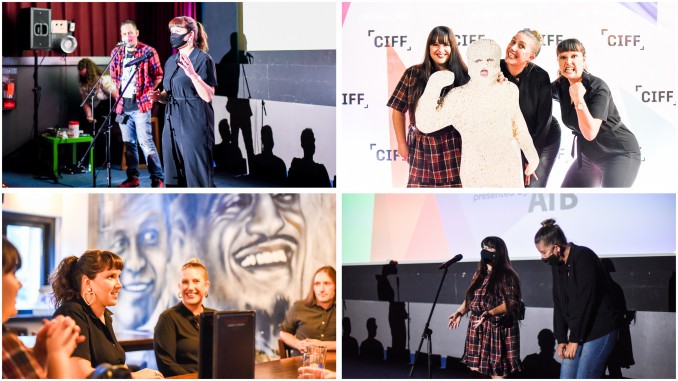 The FREYA Team Hits the Road to CIFF

The team behind jury award-winning short, FREYA, made the 12-hour trip from Vancouver to Calgary for the film's World Premiere. Actress Rhona Rees and producers Kristyn Stilling and Athena Russel were some of the few out-of-town guests to attend CIFF this year, and we had a great time showing the FREYA team some signature CIFF hospitality!
#yohoyolo #popcornman #CIFFingseason 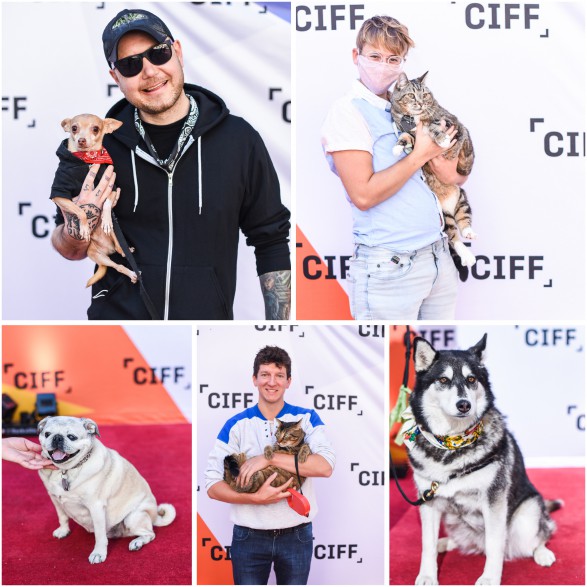 The first in what is sure to be an annual tradition, CIFF staff brought their furry friends to Globe Cinema for some VIP treatment on the red carpet. Nibs, Frankie, Saka, Wylie, and Dylan strutted their stuff for the camera and stole the hearts of passersby in what may have been the cutest red carpet in CIFF history!