We're finally here - the last day of the 2018 festival. We've had an amazing time with all the film fans of the city over the last week and a half, but we've still got one more afternoon and evening jammed full of entertainment! Here are some of the highlights going on today, Sept 30. See the entire venue schedule for the day and pick up your tickets here.

The big event for the day is our wrap-up AWARDS PARTY, taking place at Junction - Food, Stage and Bar (628 8 Ave SW, across from Globe Cinema). Here, we'll be announcing the winners of our juried awards, including the $10,000 Best Canadian Feature and the $2,500 Best of Shorts winners - with the Best Overall Short qualifying for entry to the Academy Awards! We'll also be giving out our $1,000 prize for the Fan of the Year to the one dedicated person that has seen the most films this year. Doors open at 8pm, and the event is free, so make sure you show up early to get a spot - it's first come, first served, and we are limited by the venue capacity. 18+, valid ID required at the door.

(from FAUVE, a contender in BEST OF SHORTS)

If you want to see the shorts in consideration before the Awards Party begins, the BEST OF SHORTS presentation starts at 5pm at Globe Cinema. Highlighting the programmers' favourite short films of the festival, some of these selections will win $2,500 tonight at the Awards Party. Many of the filmmakers will be in attendance to answer questions after the screening, too. Bring your burning questions and all the enthusiasm you've got!

Speaking of the Academy Awards for the Best of Shorts winner, the Macedonian film SECRET INGREDIENT was just this week chosen as that country's entry to represent them in the Foreign Language category at next year's ceremony. In it, struggling mechanic Vele finds a stash of marijuana, which he quickly uses to bake a cake that miraculously heals his ailing father - and soon, the whole neighbourhood is demanding to know his recipe, drawing the rightful owners of the drugs ever closer to him in the process. Nobody does a dark comedy quite as well as the Hellenic countries - and with a movie like this, it's easy to see why. Another international entry to our festival, FILM SCHOOL AFRICA, is also screening today, which is a documentary following casting director Katie Taylor as she heads to South Africa and educates young students on the art of filmmaking. Heartwarming and powerful, it's the perfect way to wrap up this year's festival feeling uplifted and inspired. 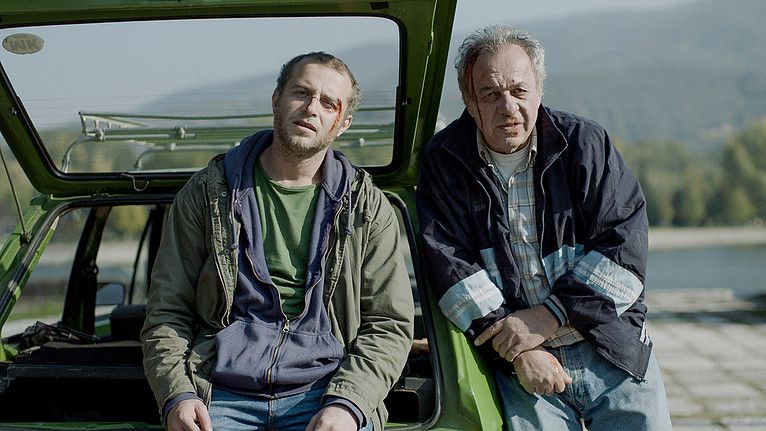 The French film CLEO AND PAUL - an adventure through Paris in the shoes of three-year-old Cleo, as her brother tries to find her during a long game of hide and seek - is playing tonight at Eau Claire, and stars real-life siblings in the main roles. In a similar crossing of reality and fiction, the Iranian winner of Best Screenplay at Cannes 2018, 3 FACES, is also having its last screening today. In it, actress Behnaz Jafari, playing herself, receives a letter from a desperate young girl seeking help to pursue her acting dreams, and Jafari recruits director Jafar Panahi (the director of the film, also playing himself) to head out on a road trip to locate the girl. Together, they adventure across the rural northern countryside, finding several surprises along the way.

If you're a fan of industrial music, don't miss the final showing of INDUSTRIAL ACCIDENT: THE STORY OF WAX TRAX RECORDS, which follows upstart record store/label Wax Trax! Records from its humble beginnings in Denver, CO to its domination of the heavy music scene with bands like Nine Inch Nails and Ministry. Also in the music category, the Canadian doc BACHMAN, which rocked the National Music Centre at Studio Bell earlier this week, is blasting through the speakers of Eau Claire tonight as it highlights the life and career of legendary musician Randy Bachman. It's a must-see for classic rock fans!

There's other Canadian content hitting screens today, too, as FIRECRACKERS, the first-time feature from director Jasmin Mozaffari, helps kick off the last afternoon of the festival. A timeless coming-of-age story of two young women hoping to leave their isolated, run-down town for good, it adds a dark twist as a night of revenge and debauchery threatens not only their friendship, but their very freedom.

Thank you for supporting the 2018 Calgary International Film Festival! Stay tuned for the announcement of our Audience Award winners coming later this week, and we already can't wait to see you again in 2019!