On the ground at Hong Kong: A film festival reflects the personality of a city

Marketing Director Laura Carlson recently attended the Hong Kong International Film Festival and explores how a festival is shaped by the city that hosts it.

Hong Kong is a busy, bustling, crowded, fascinating place. A multi-cultural international hub, each pocket of the city seems to have its own unique personality. From iconic financial skyscrapers to authentic noodle stands, wandering the streets of Hong Kong is like a cinematic journey itself. No wonder acclaimed filmmaker Wong Kar Wai uses Hong Kong as a central character in his films. The city is one that’s screaming to be explored and in Wong Kar Wai's films Hong Kong becomes more than just a setting. The city is a part of the people that inhabit it and shapes all aspects of their lives: the noodles they eat, the streets they stroll down, the buildings they are crammed in, and the people they meet.

Taking over various venues in the Kowloon area of Hong Kong, the Hong Kong International Film Festival is now in its 42nd year and has become one of Asia’s most significant film festivals. The festival takes place during Hong Kong Arts month, an international event, where local and overseas artists converge and the city celebrates arts of all kinds – theatre, exhibitions, dance, music, and more. From the world-famous Art Basel that draws acclaimed artists from all over the world to smaller neighbourhood events (I even attended an installation at a former cattle slaughterhouse that has been reclaimed as an artist village), during the month of March the city comes together to celebrate art of all kinds. 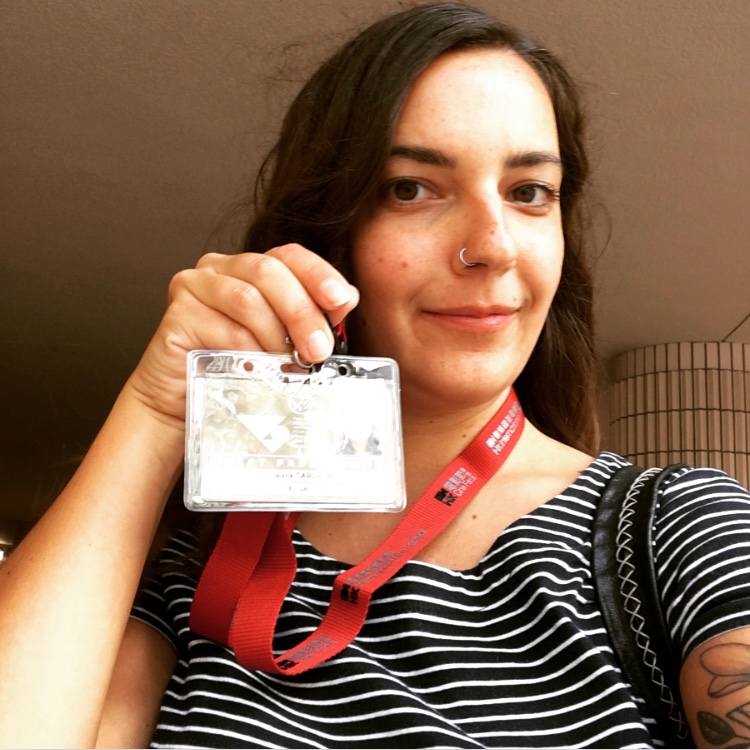 For me, the film festival was the central component of my arts experience in Hong Kong.

The beautiful theatre at the Hong Kong Cultural Centre, right along the waterfront overlooking the Hong Kong city skyline, is the home base of the film festival. The festival’s galas and hot ticket films are all shown in the Grand Theatre, a spectacular 1,700 seat auditorium with red velvet seats. Breaks between films could be spent in the lobby browsing the poster show or viewing trailers of other festival selections on giant screens. If one ventured outside the centre, a quick walk leads you to the ferry terminal to watch the sun setting over the water; a visit to the famous Chunking Mansions featured in one of Wong Kar Wai's most popular films CHUNGKING EXPRESS; or a stroll down the Avenue of Stars which features a towering sculpture of Hong Kong’s biggest celebrity Bruce Lee.

Although most films I attended were at the Cultural Centre, for a festival showcasing nearly 200 feature films, you need to venture away from the main festival hub to catch some of the festival’s smaller titles. 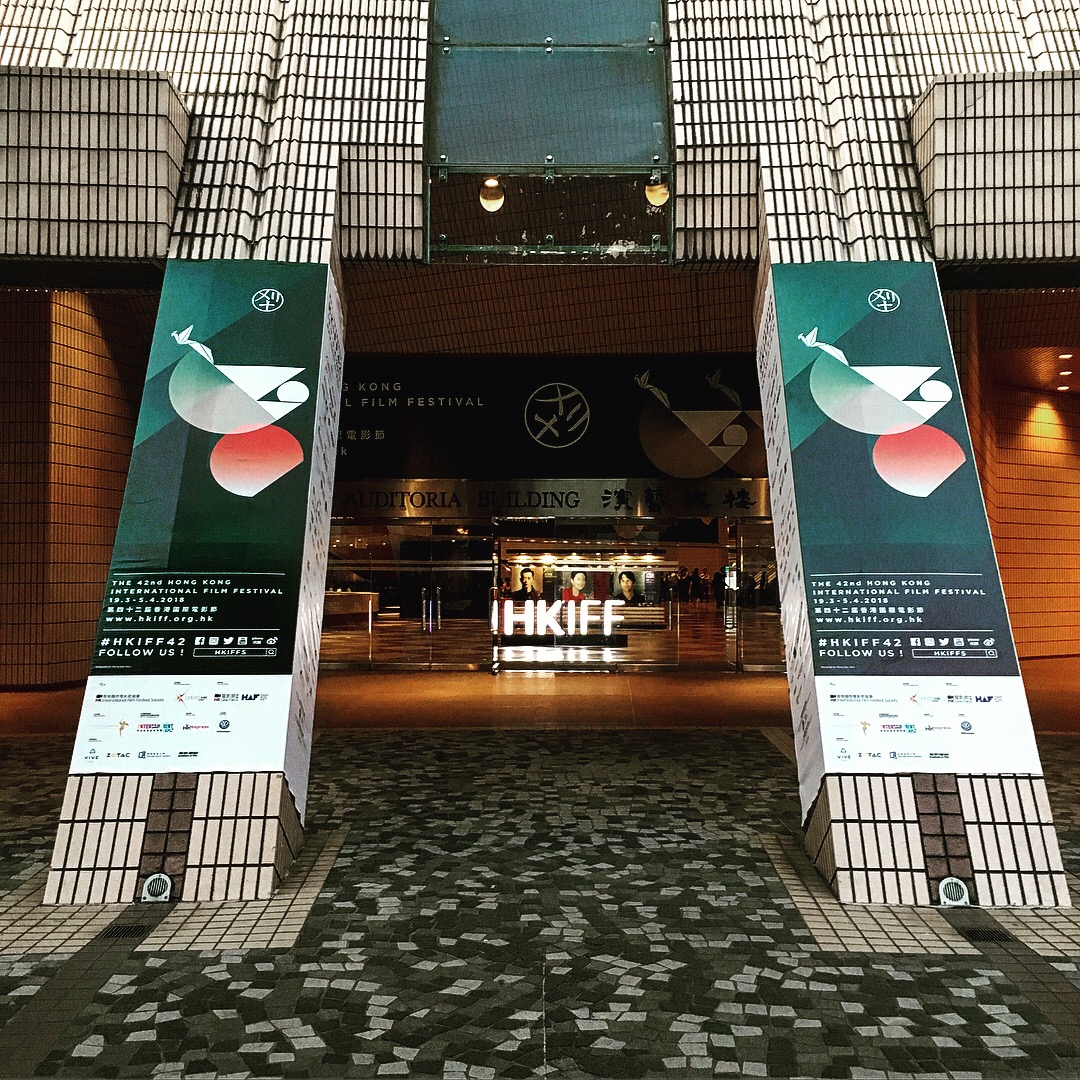 Venturing to different venues was part of the experience itself. The movie theatres are scattered throughout Kowloon, which is no problem in a city where you can get everywhere easily by transit. Hong Kong is filled with malls (it seems that every metro station exits into a mall) so it’s no surprise that most movie theatres are in your standard mall multi-plex. Lacking red carpets or a large festival presence at some of the smaller venues, I was surprised to see that the lineup for the Blockbuster PACIFIC RIM was bigger than for the festival’s presentation of the biggest deal out of Sundance – the French cult film REVENGE directed by Coralie Fargeat, which screens later this month in Calgary at the Calgary Underground Film Festival.

Key to any festival experience, exposing yourself to cinema that you’d normally not get a chance to see is half the fun. For the first time, I watched a film from Thailand, SAMUI SONG directed by Pen-Ek Ratanaruang, a neo-noir with hints of DOUBLE INDEMNITY and STRANGERS ON A TRAIN. It did not disappoint.

A true international festival, all Q&As are conducted in both English and Cantonese, which can make things interesting when you have a Q&A with a Japanese filmmaker that doesn’t speak English. Moderating Q&As in multiple languages through a translator and several guests is a feat in itself.

I had the opportunity to see many new films on the festival circuit, that will continue to generate buzz and pick up awards as they play at other festivals. My favourite film was the female-focused Italian story of motherhood DAUGHTER OF MINE from Laura Bispuri, which took home Hong Kong’s “Young Cinema” jury award. The heart-wrenching tale received much acclaim after its debut at Berlin and will have its North American premiere later this month at Tribeca.

The final film that I took in at the festival, TRANSIT, from German filmmaker Christian Petzold, was another standout. I couldn’t get it out of my head the entire 16-hour plane ride home. Calgary International Film Festival’s World Cinema programmer Sachin Gandhi raved about the modern-day Casablanca after seeing it at the Berlin Film Festival and is one that audiences should seek out as soon as they get the chance.

Attending a film festival in a new location is an incredible opportunity that offers a new lens to see a city. In Hong Kong, the celebration was on the films itself, not focusing much on the celebrity of the attendees or the glitz and glam of the events. The screenings were efficient – all movies started on time, a miracle in the film festival world – the audiences were respectful – staying right until the end of the credits and rarely walking out of a Q&A – and the technical execution was flawless. The giant screens projecting festival artwork and trailers in the venue lobbies were a nice touch, reflecting the outdoor projections that can be seen all over Hong Kong.

When I had the opportunity to attend the Indie Memphis Film Festival in November (thank you new festival sponsor Delta Air Lines!), it impressed me how much that festival showcased the personality of Memphis as part of the festival. In a city where music is so central to the culture, a musician performed in the cinema before all films and there was a Friday night Music Video Street Party. The festival also featured a MLK50 series commemorating the legacy of Dr. Martin Luther King Jr. 50 years after his assignation at the Lorraine Motel in Memphis. The industry lunch I attended featured classic Memphis cuisine, a build-your-own Hoggie bar and all the other Southern fixin's. 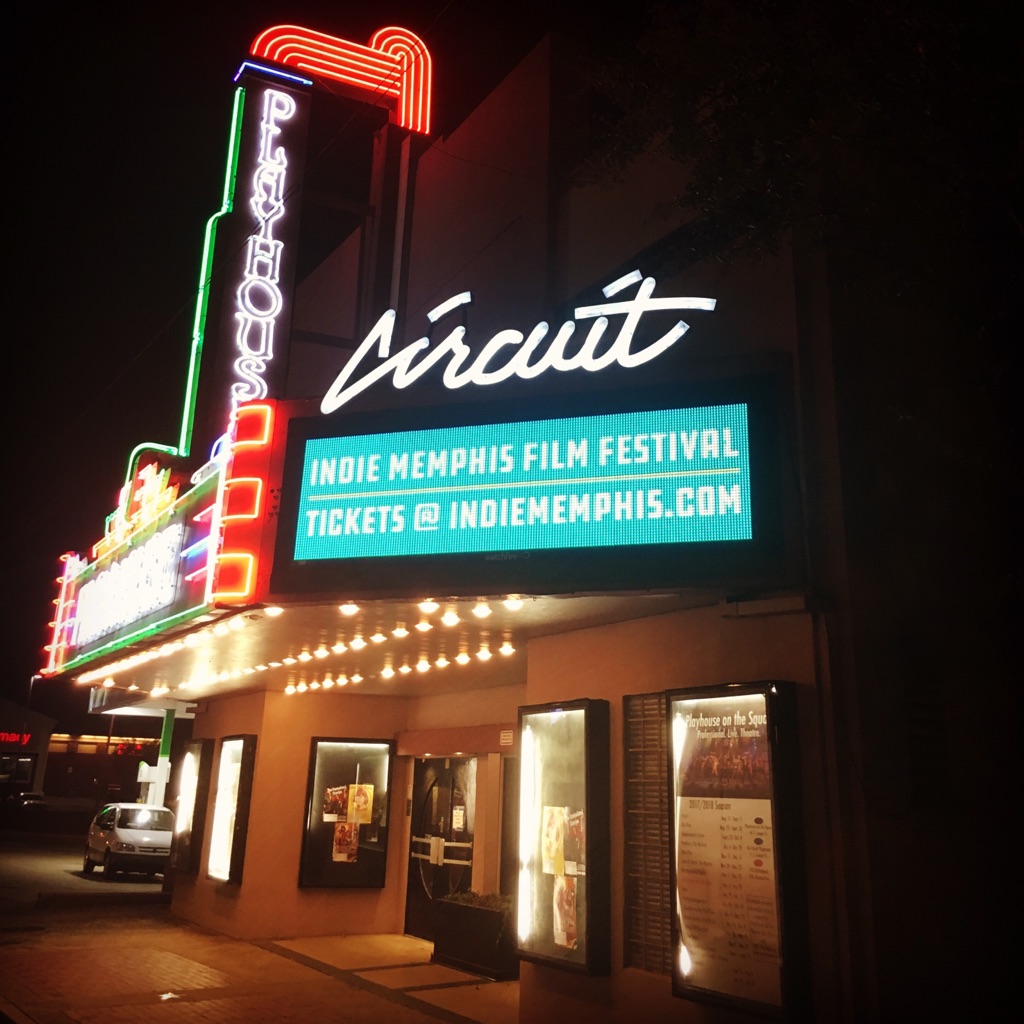 And talk about living up to the reputation of Southern hospitality. I was invited to a brunch to connect all those working in the film festival industry (hosted by Calgary Film's new ticketing company Eventive), and as a passholder I had access to a hospitality tent located in the main hub of the festival activity. Then there was the house party after the Awards Presentation, which reminded me of a high-school keg party (but with filmmakers instead of drunk jocks), where the hosts had prepared tables of home cooked foods and an open bar. A festival board member even gave me a ride back to my Airb&b after the party, which went well into the morning. The Indie Memphis Film Festival showcased everything I love about the city of Memphis.

Embodying the personality of your city is an important part of what makes film festivals so special from a regular night out at the movies. The next time you find yourself in a new city with a film festival going on, be sure to check it out. 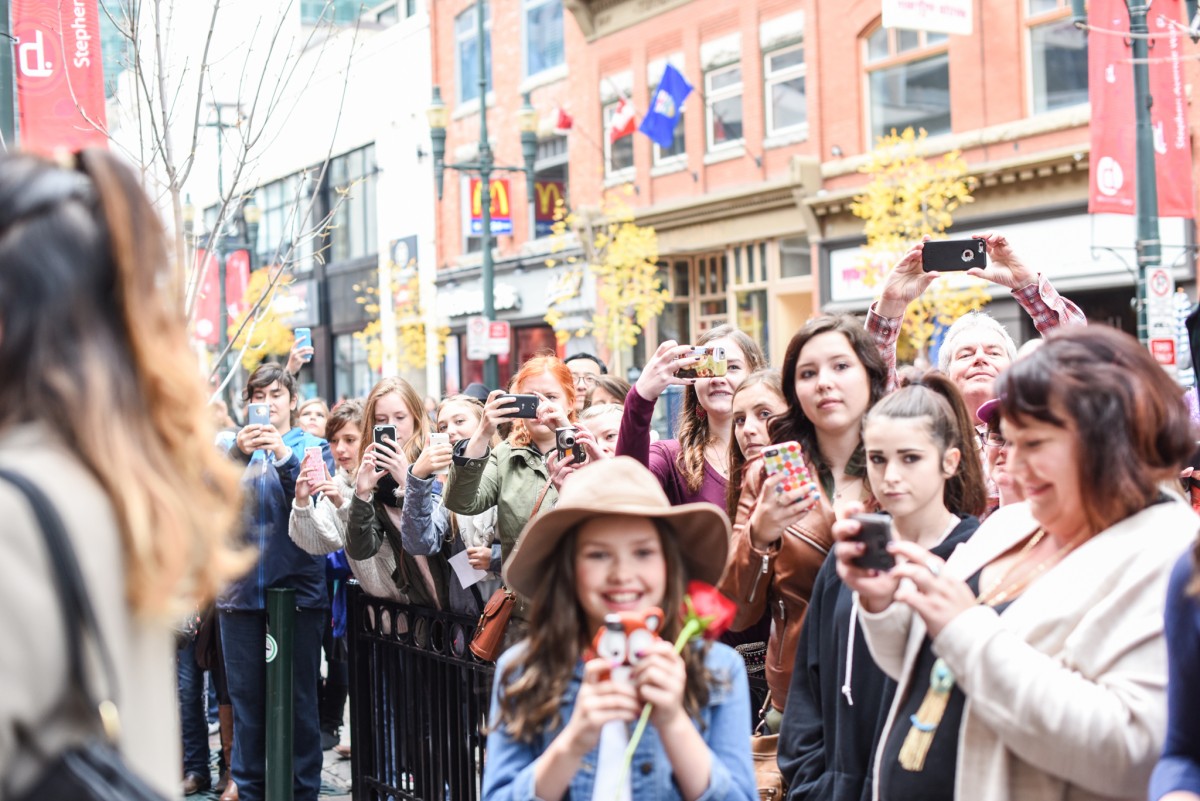 At the Calgary International Film Festival, we continue to try and find unique ways to showcase what we love about Calgary. From our popular Music on Screen Series and programming at the National Music Centre, to our focus on Alberta-shot productions and the celebration of our local industry at our Behind the Screen events, we’re always looking for ways to reflect Calgary in our programming and festival events.